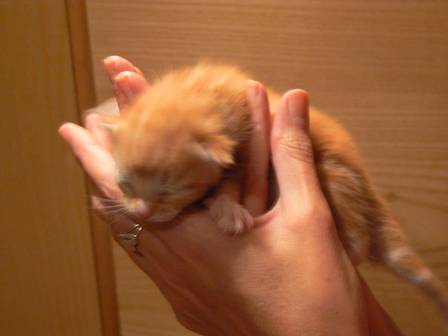 This month a couple in Britain were surprised when they were told the whereabouts of their kitten who had been missing for 10 years. According to the BBC, Big Ging was last seen during the honeymoon of his owners in 2011. Colin Clayton and Eva Bellamy took their three cats on their boat to the narrow canals, about 40 kilometers from their home in Birmingham.

“Big Jinge is at home!”, celebrated the couple last Sunday, the 14th, on a Facebook page with the animal’s name written on it.

According to Colin and Eva, the kitten’s return was due to the organization Cat Protection, which earlier this year tracked it down and started taking care of it, calling it marmalade. When she needed to be taken to a vet in Staffordshire, it turned out her owners were looking for her.

“It’s a miracle,” the couple declared. “He’s settling in well and looks great looking at everything he’s doing. We’re excited!”

Colin said that he and Eva used to take Cat Weasel and her cubs, Diesel and Big Ging, for a walk, and they were used to returning.

According to Metro Portal, Colin recalled, “Others came back as normal, but Big Gingee didn’t, so we stayed another five days and walked miles around the area calling out his name and putting up posters.” “For now, let’s keep him indoors. Big Ging’s life has been very tense and we are confident that everything will be alright.”