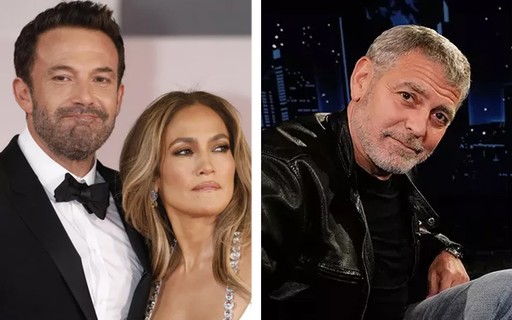 Jennifer Lopez chose not to walk the red carpet with Ben Affleck at the premiere of “The Tender Bar” because she “can’t stand” George Clooney, who directs the film. Here is what a source close to the 52-year-old singer and actress told the newspaper Sun.

According to British Vehicle Contact, J.Lo’s problems with 60-year-old Clooney have been a long-standing one: they had a disagreement during the recording of the 1998 feature film Irresistible Paxos. ‘The Scammers’ star let Affleck, her boyfriend, go it alone on the new red carpet.

“It’s infamous that Jen didn’t get along with George Clooney when they had an ‘irresistible obsession’ together. They couldn’t stand each other,” explained insider. “So it’s funny that Ben’s new movie is with George, and it’s no coincidence that Jen wasn’t photographed on the red carpet with him, who saw George and [sua esposa,] Charity. “

The source added that “a reconciliation is needed”.

Although she skipped that red carpet, J.J. Lou appeared with Affleck, 49, at another screening of “The Tender Bar,” which opens in the United States in December.

To date, neither she nor Clooney have spoken about their alleged disagreement on the set of “Irresistible Passion.” while reminiscing behind the scenes of the movie a Interview In 2020, the actor and director just revealed that his co-star Karen Sisko was a suitable choice for the role: “She had to be sexy, but you also had to believe she could shoot you and can kill you. Everyone.”

J. Lou, for his part, has already commented on the kiss given to Clooney in front of the cameras. “That was fine,” she pointed to Jon Stewart on ‘The Daily Show.

Watch the trailer for ‘Irresistible Passion’ below: