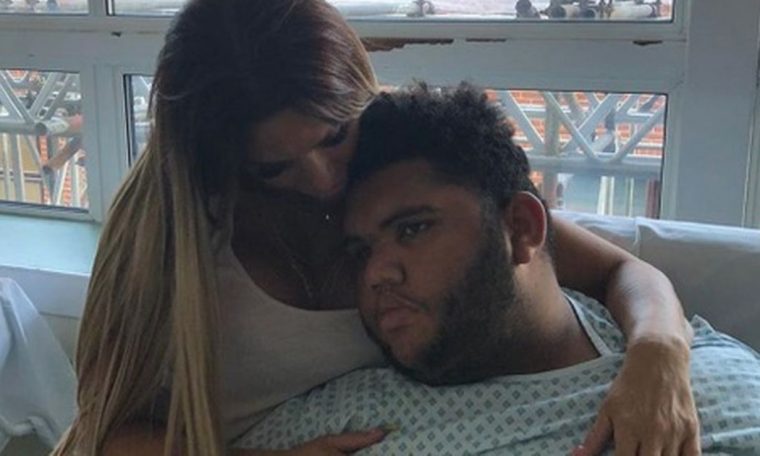 Katie Price has revealed that her son Harvey has been moved out of intensive care.

She revealed that Harvey’s condition has finally improved as she called him “incredibly strong and brave”.

Harvey was rushed to hospital last weekend as he struggled to breath and his temperature soared, before he spent four nights in the intensive care unit.

In the heartwarming snaps Harvey was still in his hospital gown as his mum kissed and cuddled him.

Katie captioned the photos: “Hey everyone update my @officialmrharveyprice baby boy, he has been incredibly strong and brave and this evening he has improved.

“I’m so happy, it’s been so difficult, I love him so much and want to thank you all again for your support and lovely messages.

“This picture I’ve taken today , only one drip in and moved out of icu.”

The mum-of-five hasn’t revealed what sickness Harvey was suffering from.

It comes after it was reported that Harvey was “seriously ill” in hospital.

It was claimed that Harvey could face weeks in the ICU but he appears to have grown stronger overnight.

Katie had been forced to leave Harvey alone in the ICU overnight due to coronavirus restictions on visitors.

His current health battle comes just weeks after he was rushed to hospital with similar symptoms.

Harvey has a number of health conditions including Prader-Willi Syndrome.