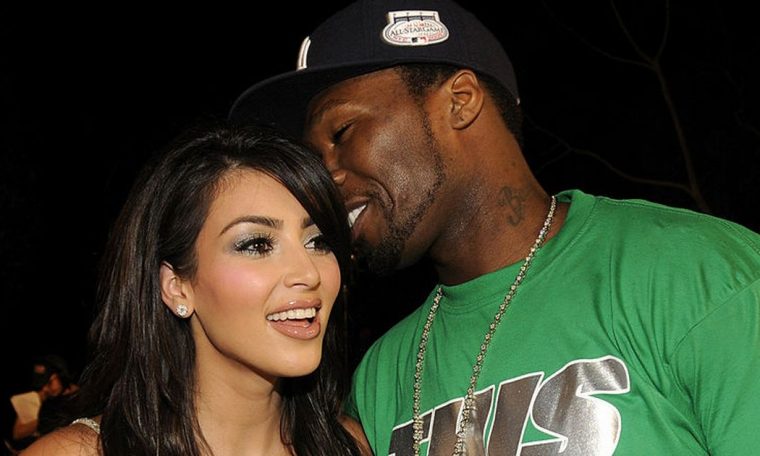 Kim Kardashian has been publicly supported by rapper 50 Cent, who has been a vocal detractor of Kanye West in the past.

50 Cent praised the Keeping Up With The Kardashians star for her “understanding” during what she has described as a bipolar episode that her husband is going through.

Kanye was mocked by the rival rapper during his campaign rally at South Carolina which was followed by Twitter outbursts as Kanye hit out at Kim and her mum Kris Jenner with a number of personal allegations.

It may have come as a surprise to Kim to find that 50 Cent was supportive of her but he couldn’t help having a vicious swipe at Kanye for what he has been doing.

The ‘In Da Club’ rapper reposted Kim’s lengthy Instragram explanation of Kanye’s behaviour and how they have been living privately with his bipolar disorder.

Fifty, whose real name is Curtis Jackson, added to the post: “This was cool she’s being very understanding because ya man is bugged out.”

With many concerned about Kanye’s mental health, it will not be seen kindly that 50 Cent would use such words to describe his current status.

Kim, 39, finally broke her silence on Kanye’s outpourings on Wednesday, in which she urged for “compassion” towards Kanye and addressed his bipolar diagnosis.

In a lengthy statement on Instagram, she wrote: “As many of you know, Kanye has bi-polar disorder.

“Anyone who has this or has a loved one in their life who does, knows how incredibly complicated and painful it is to understand.

“I’ve never spoken publicly about how this has affected us at home because I am very protective of our children and Kanye’s right to privacy when it comes to his health.

“But today, I feel like I should comment on it because of the stigma and misconceptions about mental health.”

Kim continued: “Those that understand mental illness or even compulsive behavior know that the family is powerless unless the member is a minor.

“People who are unaware or far removed from this experience can be judgmental and not understand that the individual themselves have to engage in the process of getting help no matter how hard family and friends try.”

Kanye is currently living on his ranch in Cody, Wyoming, where he has been joined by close friends and advisors, who have been urging him to seek medical attention.