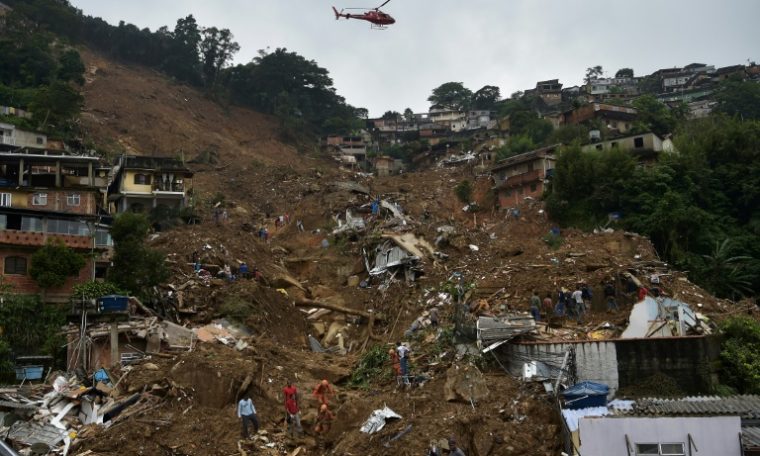 A civil defense helicopter flies over a landslide area in Rio’s mountainous region of Petropolis in search of survivors on February 16, 2022 – AFP

Discover the main landslides caused by meteorological events in the last two years in the world, following the tragedy that occurred in the city of Petropolis, a mountainous region of the state of Rio de Janeiro on Tuesday (15):

Several days of heavy floods and devastating landslides have killed nearly 200 people in India and Nepal.

In India, with 102 deaths, the most affected were the states of Uttarakhand (North, Himalayas) and Kerala (South, Coast).

Monsoon rains also caused floods and landslides on the country’s west coast, killing 160 people and leaving dozens missing in July 2021. In the state of Maharashtra alone, 149 people lost their lives, 40 of them killed by an avalanche that devastated the village. From Taliye, south of Mumbai.

Apart from this, there is news of two people missing in Germany. The “landers” most affected were Rhineland-Palatinate and North Rhine-Westphalia (West).

On the 16th, in Erfstadt, near Cologne (west), part of the city collapsed after a landslide, killing and leaving many people missing.

In less than 15 days and following the same trajectory, Hurricanes Eta and Iota ravaged Honduras, Guatemala and Nicaragua, leaving a trail of destruction with devastating floods, landslides and hundreds of deaths.

In Guatemala alone, a landslide, which buried dozens of homes in the indigenous village of Queja (North), would have killed more than 100 people.

About 130 people died, more than 310,000 homes were damaged or destroyed in severe flooding and landslides in the center of the country.

The dead included 22 soldiers buried in a horrific landslide in Quang Tri province.

On day 3, a massive landslide at a jade mine in the north of the country killed more than 166 informal collectors. After torrential monsoon rains, large amounts of rock fall into a lake, causing “mud waves” in a valley in the Hapakant district, close to the Chinese border.

The floods and landslides caused by heavy rains kill about 200 people over the course of a month, destroying many crops, especially in the west and center of the country. Coastal areas were also affected.

+ Omicron: Medical team worried about unexpected signs of infection in children
+ Mercadão de SP sellers threaten customers with fruit scam
+ Video: Mother attacked on social media for wearing tight clothes to take son to school
+ Horoscope: See today’s forecast for your zodiac sign
+ What is known about fluorone?
+ Lemon squeeze trick created a craze on social media
+ ‘Monster Ichthyosaur’ has been discovered in Colombia
+ One twin became a vegetarian, the other ate meat. check result
+ See which were the most stolen cars in SP in 2021
+ Campaign identifies giant squid responsible for shipwreck in 2011
+ US agency warns: never wash raw chicken meat