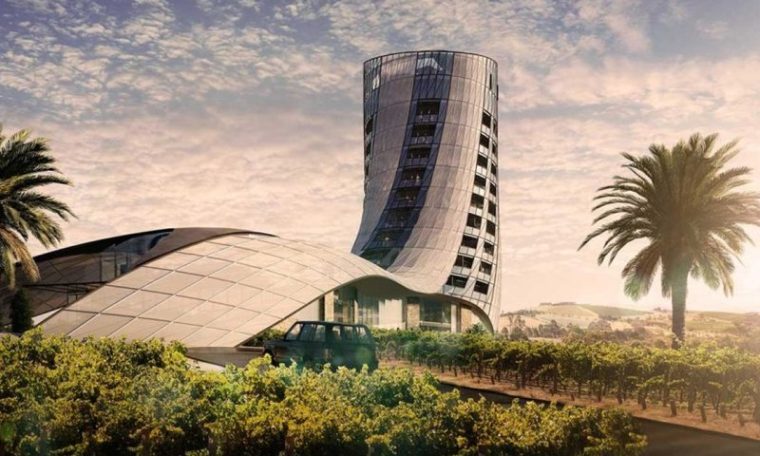 The $50 million, 12-story, 71-room modernist hotel in the heart of South Australia’s historic Seppeltsfield Vineyard will begin construction this year

The original order for the construction of Oscar Seppeltsfield was submitted on April 16, 2020, but in July 2020 a public consultation with neighbors led to a legal challenge against the plan.

South Australia’s Court of Environment, Resources and Development rejected an appeal against the project last year, but a Barossa Group sued for the project – which was classified as “tourist housing” – classified to be done. In a separate category to allow further. Consultation with the community.

After further consultation, the design was modified and its location moved 10 meters down a valley within Seppeltsfield Vineyards, in order to be less intrusive on the landscape. This means people from the nearby village of Greenock will not be able to see the hotel – although it can be seen along parts of the palm-lined Seppeltsfield Road area, which runs through the main entrance to Seppeltsfield Winery.

The hotel site would cover four hectares of Seppeltsfield, some Grenache vines would be removed and replanted in the existing vineyard to replace dead old vines, but a portion of Palamino Fino would be uprooted and production of Seppeltsfield fortified wines would cease. will do it.

The project is being financed by a group of South Australian entrepreneurs who estimate that Oscar Seppeltsfield will attract new visitors to the area and bring in an additional $90 million in tourism spending over the first five years of operation.

All 71 of the hotel’s rooms, suites, and penthouses will have private balconies, while an observation deck on the upper level will provide 360-degree views of the surrounding vineyards. The hotel will also include a spa, an infinity pool, a world-class restaurant, private dining and meeting rooms, and a helipad.