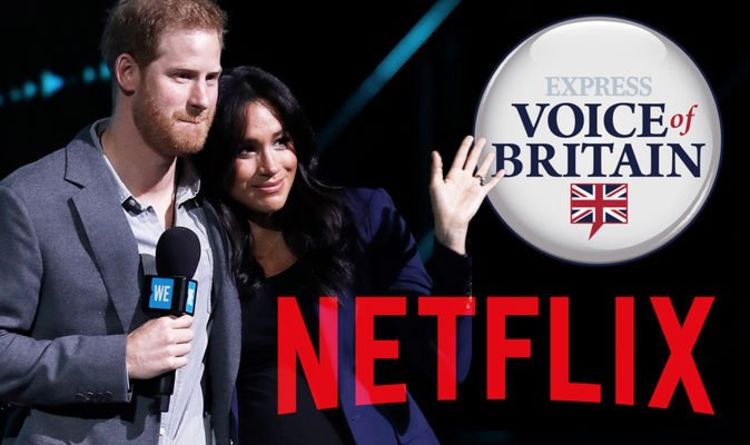 Meghan Markle and Prince Harry announced yesterday that they have signed a unique deal with the US streaming giant to produce TV shows, documentaries and children’s programs. In response, Express.co.uk asked its readers if they would come to see the couple’s shows, and a large number said they would refuse to watch them.

The survey was conducted on September 3 at 1-10-10 pm on Express.com, asking: “Will you watch Meghan Markle and Prince Harry’s new Netflix show?”

Voting findings were also supported by the YouGov poll, which found one such result.

Their poll, which surveyed 2,713 adults on September 3, asked: “Prince Harry and Duchess Meghan have announced that they have solidified their plans to make Netflix a comprehensive film and TV content. How interested are you in seeing it, if not at all? ”

Eight to four percent said they had little (20 percent) or no interest (64 percent).

Express.cock. Readers considered our poll comments to explain why they would refuse to watch the couple’s new programs.

Just in: Queen calls for removal of royal titles of Meghan Markle and Prince Harry after new Naphtalix deal

“They’re only getting the deal because of his title.”

Another said: “They’re only trading RF connections for Megabox – they’re American, don’t know how to do anything, but will take other people’s work for granted.

“Once Netflix sees what is produced it will decide whether it is broadcastable or not – not expected.”

One reader thought it would be unfair for Sussex to expose such a lucrative deal.

He wrote: “People are losing their jobs and in some cases their homes. People who trust food banks.

“Unemployment is expected to reach a high level in the next few months that we have not seen in years.

“Then these two perverted Bretts S come with a 75 million pound Netflix deal.

“Where do we start telling young children who have not found a job and are unlikely to get one soon?”