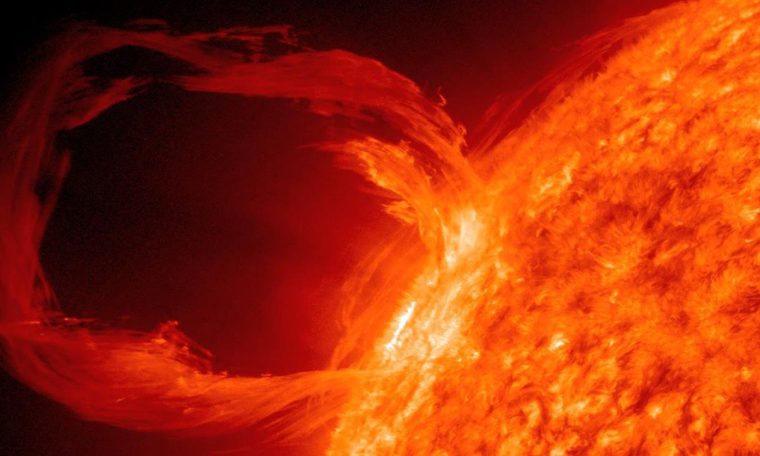 A choppy sunspot produced two outbursts classified as moderate on Monday, causing radio blackouts in parts of Asia and Australia. They are bursts of electromagnetic radiation that, when projected toward Earth, can disrupt radio communications and increase the radiation levels of astronauts in space.

Sunspot AR2993 has been generating some solar storms in recent weeks. This time, it released two M.1-class flares, one immediately after another, sending highly energetic particles toward the planet.

AR2993 is a medium-sized space, but its size is millions of square kilometers—the Earth would easily fit inside it. And according to Dean Pesnell, a solar physicist at NASA’s Goddard Space Flight Center, this location may not produce the best of the current solar cycle.

Spots are active regions of the Sun where the magnetic field is temporarily stronger than that of its surroundings. This blocks the flow of hot gas, making the spots cooler than the surrounding area. The explosion occurs when nearby magnetic lines rearrange themselves.

These explosions can sometimes trigger coronal mass ejections (CMEs) – basically, plasma from the Sun. Every 11 years, the Sun goes through a new cycle, marked by an increase in its spots and solar storms. Several storms have been seen in recent days.

Currently, the Sun is approaching the peak of Solar Cycle 25, which means it is going through its most intense period. However, it is expected that the peak will be reached only in late 2024 or 2025. That is, by then we will certainly see more intense sunspots and eruptions than these recent ones.

Last week an eruption classified as the most intense category X2.2 also erupted from location AR2993. For comparison, an X explosion is 10 times more powerful than an M.

Both the explosion and the CME are responsible for the light show at Earth’s poles. When highly charged particles from the Sun collide with air molecules in the atmosphere, they get excited and begin to emit light. The result is the aurora borealis (in the northern hemisphere) and Australia (in the south).