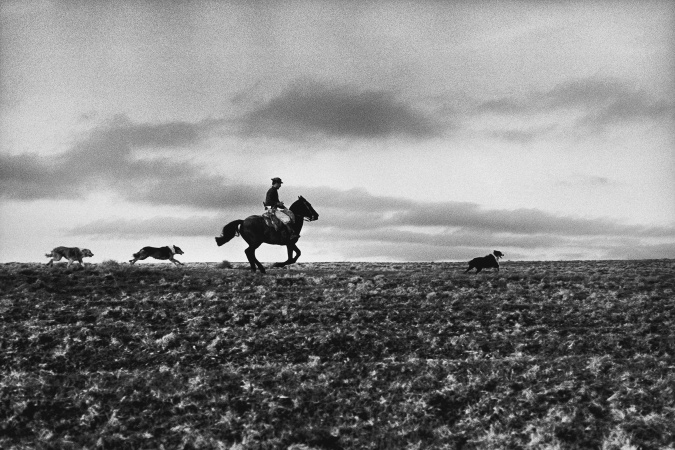 The Oscar Niemeyer Museum (MON) presents the exhibition “O Labyrinth of Light”, which celebrates the 50th anniversary of Orlando Azevedo’s photography. There are 237 images, curated by Rubens Fernandes Jr., that the public can view in Room 1 from December 24.

The curators created a maze that divides the exhibition into nuclei, referring to some of the creative aspects of the photographer. They are: “ruins”; “righteousness”; “India”; “cosmic”; “Portraits”; “Navy”; “Body and Movement”; “Scenario”; “Feast and Popular”; “iPhone”; “Real” and “Flying”.

“The exhibition is a synthesis of a haikai or life cycle”, says the photographer. “I produced so much and in so many ways that there is so much work left in the drawer”. According to him, there are a total of 160 thousand analog matrices and at least twice as many in digital ones. “The images selected for the exhibition were printed on cotton by Daniel Nietzsche in Curitiba”, he explained.

The general superintendent of culture, Luciana Casagrande Pereira, says that the exhibition is, above all, a recognition and a tribute. “Orlando Azevedo is one of our great photographers. His technique and art with sensitivity and talent have kept pace with the times. It is important that its legacy be appreciated by the land in which he has chosen to live, Paraná”, he says.

The director-president of MON, Juliana Vosnica, says that the business of collecting and displaying photographs among other artistic aspects of the Oscar Niemeyer Museum is confirmed by the receipt of this grand exhibition. “‘O Labyrinto da Luz’ is a milestone in Orlando Azevedo’s five decades of work of Paraná, his choice, a multi-artist whose trademark is photography”, he says. “Here we’ve got a collection of hundreds of images that translate into the perfect balance of abstract emotions and surreal moments”.

The exhibition’s curators point out that the exhibition brings together the best of Orlando’s photography. “It is an expressive set that moves freely between documentary and abstract. Rubens Fernandes Jr. defines these representations and concerns that are astonishing because of their beauty and inventiveness. He suggests that, a multiple and a kaleidoscope In view of the task, the option arose to create a very unique nucleus, which partially considers its production.

In addition to surreal abstractions and constructions, the exhibition features nature and landscape photographs where the human presence and its saga is present. In one core, for example, are 57 images taken by the iPhone, which the photographer often uses as if it were a notebook or emotional diary.

Collection – Orlando Azevedo has worked in several collections in Brazil and other countries, such as at the International Center of Photography, New York (USA); Center Georges Pompidou and French Museum of Photography in Paris; So Paulo Museum of Art (MASP); Museum of Modern Art of So Paulo; Institute Cultural It; Curitiba City Photography Museum; Empressa Portuguesa das Aguas Liveres/Lisbon; National Library of Rio de Janeiro; Afro-Brazilian Museum in So Paulo; Fototeca de Cuba, in Havana, as well as the Oscar Niemeyer Museum (MON), as well as several important national and international private collections

About Mon – The Oscar Niemeyer Museum (MON) is a state heritage site attached to the State Secretariat for Social Communication and Culture. In addition to the great Asian and African collections, the institute holds important references to national and international artistic production in the areas of visual arts, architecture and design. In total, the collection consists of more than 9,000 pieces, housed in more than 35 thousand square meters of built-up area, with an area of ​​17 thousand square meters for exhibitions, making Mn the largest art museum in Latin America. The main sponsors of the organization, companies that believe in the transformative role of art and culture, are: Copel, Sanepar, Grupo Volvo America Latina, Vivo, Grupo Focus and Moinho Anaconda.

WhatsApp CGN 9.9969-4530 – Direct channel with our newsroom – Send your request and our team will assist you.