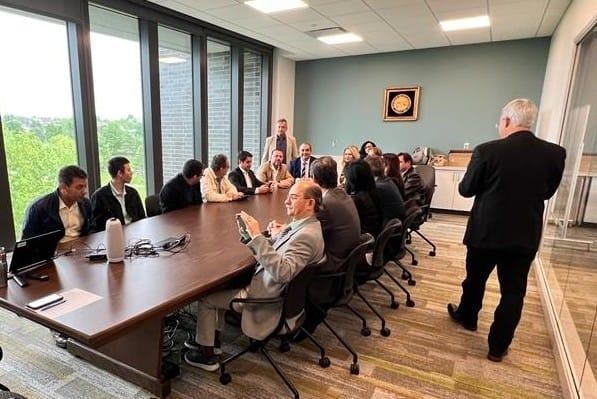 A delegation from Mato Grosso is making a technical visit to the United States state of Nebraska this week to learn about the irrigation project implemented in the region, which is a world reference. The intention is to start a study on the water potential in the state.

The mission seeks to exchange knowledge on irrigation and water monitoring, with conscious use of surface and groundwater as a parameter. An initiative already consolidated by Nebraska, which has the largest irrigated area in the country, with 3.5 million hectares, of which 85% is irrigated through groundwater.

“U.S. public policies for water management mix public and private initiatives, relying on local natural resource districts to implement their own governance structures in groundwater use, and the state agency that manages surface water. Nebraska has a model of highly effective management and adequacy for the world”, summarizes Mato Grosso’s secretary of economic development, Tsar Miranda.

Since arriving in the United States, the delegation has visited the University of Nebraska’s Department of Agriculture and Natural Resources, technology parks, and local representatives of the poultry industries. By Friday (27), the group will visit irrigation companies and districts managing the process.

The state also stands out in agricultural production, occupying 3rd and 5th places in the United States in corn and soybean production, contributing 12.2% and 7.2%, respectively, of the total area, according to Department of Agriculture statistics. of the USA (USDA). In addition to being the largest producer of beef (16%) and the second largest producer of ethanol in the country.