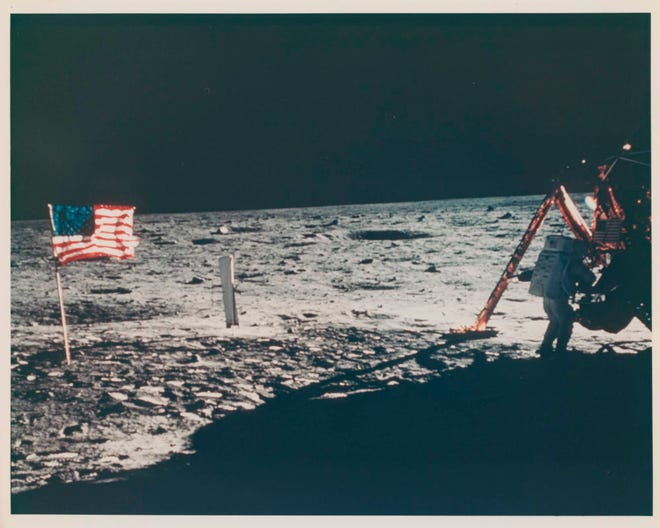 The only photo of Neil Armstrong ever taken on the moon has the potential to change At a Christie’s auction.

An extremely rare photo of the iconic astronaut after making a huge leap to mankind is expected to sell for over 60 60,000 as part of NASA’s largest private collection of images. It was taken by fellow moonwalker Buzz Aldrin after the historic landing of Apollo 11 in 1969.

“Journey to Another World: The Victor Martin-Melbourne Photograph Collection” contains 2,400 original photographs taken during the peak of NASA missions. It features images from NASA’s first mission to bring man into space, from Project Mercury, to the agency’s 1972 Apollo 17, the agency’s final lunar landing.

According to Christie, many of these paintings were exhibited in museums around the world last year, including the Grand Place in Paris, to commemorate the 50th anniversary of Seminole Apollo 11.

Other pieces of the lot could only go for an estimate of over $ 130, and due to the coronavirus epidemic, the auction will be held online, making the collection especially accessible to general space enthusiasts.

“Astronauts are often hailed as great scientists and heroes, but they are rarely hailed as the most important photographers ever,” said Victor Martin-Malburet, the collection’s owner, in a statement. According to Christie, she spent about 15 years compiling this collection.

“From their space capsules and the thin protection of the EMU,” she said, “they took photographs with skill and courage, which instantly embraced the sublime sculptural style, astonishing and astonishing.” “

The auction runs until November 20.