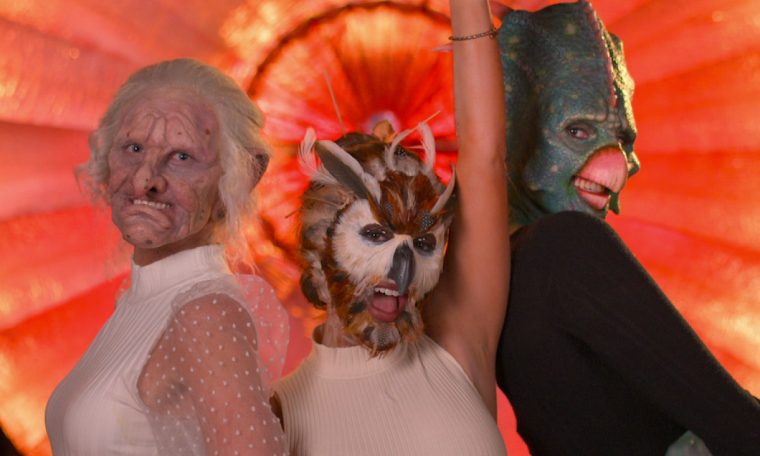 Recently, commercials for Netflix and Rede Globo filled the audience with skepticism. The platform confirmed the creation of the reality show Sexy Beasts: Amor Desmascarado, and the network launched the first commercial for the Brazilian version of The Masked Singer. The two attractions share a great similarity: both have masked and costumed participants.

Netflix confirmed Sexy Beasts: Love Unmasked a few months ago, and the ad continues to dominate the hottest topics on social media. Many fans criticized the platform for producing such an unusual program.

In the Red Globo project, most viewers seem quite eager to get to know the Brazilian version, which is already a huge success with international audiences.

See the similarities, differences and opinion polls below about the release of Sexy Beasts and The Masked Singer Brasil.

The premise of Sexy Beasts is fairly simple: Singles disguise themselves in makeup and complete the look with animal prostheses, then participate in blind dates.

Each episode depicts a man in search of a man with a great personality. The participant has the possibility to attend three meetings, always with people in makeup and prostheses.

It is only after the choice is confirmed that the true face of the contestant is revealed at the end of the episode.

The production is based on a similar series, which achieved greatest success in the UK. Netflix has already authorized the initial production of season two of Sexy Beasts.

See also  5 things you didn't know about the Spanish drama

The Masked Singer is also a reality show involving costumed contestants, but it operates quite differently from Sexy Beasts.

The premise of the Brazilian version of Reality should be similar to that of the international production, a success among American audiences: celebrities make appearances with bizarre and elaborate costumes.

The program has popular voting, and the participants with the lowest grades are eliminated – and their identities are disclosed.

In addition to public voting, the event will also have a jury to judge the participants with real-time decisions.

The Masked Singer Brasil will be performed by Ivete Sangallo. The production will also feature a backstage panel led by former BBC and influential Camilla De Lucas.

The Masked Singer divided critics’ opinion, but made a major impact on TV, being adapted for several countries.

At Rotten Tomatoes, the competition has only 52% approval.

“Defeating all the clichés of reality TV, The Masked Singer manages to be brilliantly apocalyptic and inexplicably boring,” emphasizes the site’s critical consensus.

On the other hand, established critics did not spare praise for the production, citing mainly its great popular appeal.

“The Masked Singer is the most captivating competition since the release of The Voice,” commented Entertainment Weekly journalist Joseph Longo.

Stuart Heritage of The Guardian called The Masked Singer “one of the best music competitions of the decade”.

Sexy Beasts: Unmasked Love, on the other hand, didn’t receive the same critical acceptance. The series is yet to debut on Netflix, but journalists are already commenting on its poor quality.

“With less time invested in each participant, it is difficult to take care of any relationship. The real interest is in discovering the true looks of the participants, which is a bit tedious for dating reality,” says the website Digital Spy.