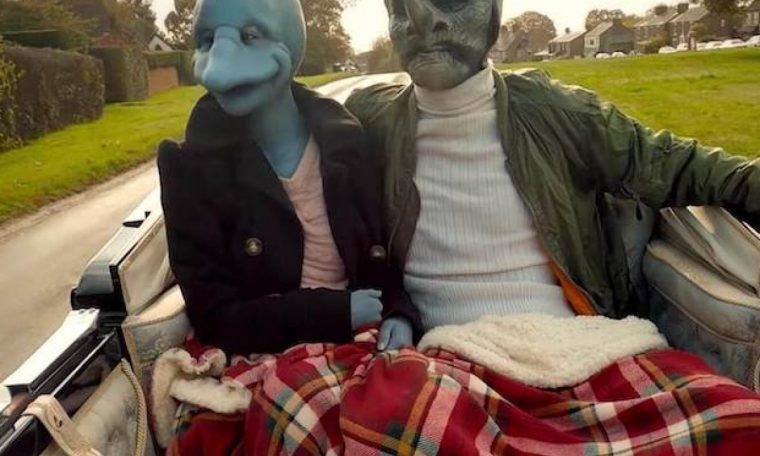 Sexy Beasts: Unmasked Love is haunting Netflix subscribers with weird fantasies in the reality show. But, the strategy is working and fans say that they can’t stop staring at the attraction despite the scare.

The Sexy Beasts format is pretty generic at its core. In the reality show, a bachelor wants to meet someone and the production presents a few candidates.

What changes Netflix is ​​that everyone wears costumes that are, to say the least, bizarre. Some can be really disturbing or frightening.

“Sexy Beasts is so bizarre, but I need it right now,” said one fan.

“I started watching Sexy Beasts on Netflix and it’s as crazy as it sounds,” commented another.

“Please someone turn off my internet, that’s too much for me,” joked a third.

“What is this Sexy Beast series? I’m crying. It’s great”, defined one viewer.

“I saw a demon and primitive kiss. This is your sexy beast”, said the netizen.

Watch Netflix subscribers’ reactions to the dating reality show below.

Sexy Beast is available on Netflix

The Netflix program garnered a lot of attention on social media because of its unusual concept. You have to wait for many people to watch at least one episode to get an idea of ​​what the show is like.

“Ready to say goodbye to shallow dating?” called synopsis. “Sexy Beasts is a dating show that looks completely out of the equation, using luxurious, state-of-the-art prosthetics to transform anyone’s dating – giving them the chance to find love based entirely on personality! “

The premise of Sexy Beasts is fairly simple: Singles disguise themselves in makeup and complete the look with animal prostheses, then participate in blind dates.

Each episode depicts a man in search of a man with a great personality. The participant has the possibility to attend three meetings, always with people in makeup and prostheses.

It is only after the choice is confirmed that the true face of the contestant is revealed at the end of the episode.

The production is based on a similar series, which achieved greatest success in the UK. Netflix has already authorized the initial production of season two of Sexy Beasts.