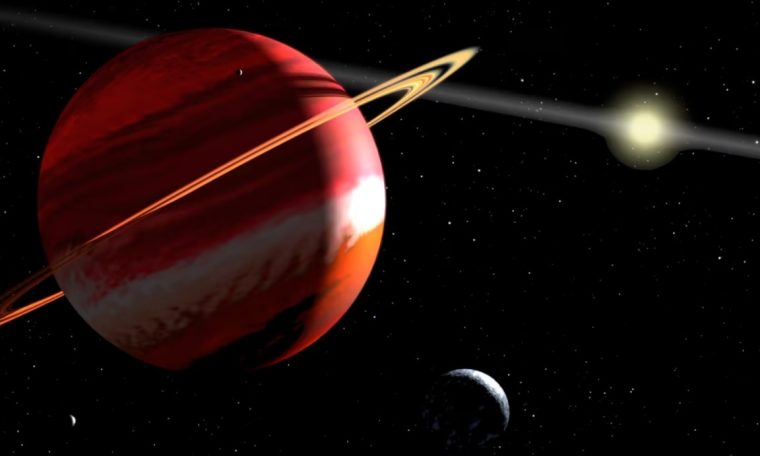 Interestingly, because of its eccentric orbit, scientists speculate that it is part of an original composition of the star system.

Astronomers from the University of Southern Queensland in Australia have detected the presence of another exoplanet orbiting the star HD 83443. The mass of this planet outside our system is slightly greater than that of Jupiter, and it takes about 22 Earth years for one complete revolution in its orbit, according to the study generated from the data collected.

The star HD 83443 was already known to us for hosting another exoplanet: located at a distance of 164 light-years from Earth, it also serves as the home of HD 83443 b, a planet proportional to Jupiter. and whose year is only three days.

The new planet, on the other hand, is named “HD 83443 c” and according to the paper, has a mass 1.5 times that of our gas giant, and maintains a distance of about eight astronomical units (AU). by yourself. host star. For reference purposes, an AU plus or minus is equal to 150 million kilometers (km) and is the unit of measurement used to determine the average distance between Earth and the Sun.

What’s interesting about this discovery is that, because of its extremely eccentric orbit, scientists speculate that HD 83443 c is part of the star system’s core structure. In practice, they believe the “push” occurred as a result of some ancient event that moved the smaller HD 83443 ba into orbit closer to its star – an orange dwarf – while HD 83443 c remained in an earlier configuration. .

They also suspect that a third exoplanet may have been involved in the event and ejected – potentially becoming a rogue planet, i.e. not associated with any stars.

Australian experts are not yet aware of the chemical composition of the discovered exoplanet, but they note that studies should continue. For now, the content of their search Available for consultation on arXiv,

+ New Montana: the third generation of Chevrolet pickups will arrive in 2023
+ Omicron: Unexpected symptom of infection in children worries medical teams
+ Mercadão de SP Vendors threaten to blow fruit to customers
+ Video: Mother attacked on social media for wearing tight clothes to take son to school
+ Horoscope: See today’s forecast for your zodiac sign
+ What is known about fluorone?
+ Lemon squeeze trick created a craze on social media
+ ‘Ichthyosaur-monster’ discovered in Colombia
+ One twin became a vegetarian, the other ate meat. check result
+ See which were the most stolen cars in SP in 2021
+ Campaign identifies giant squid responsible for shipwreck in 2011
+ US agency warns: never wash raw chicken meat