There was a time when satirical movies weren’t obvious. Let’s put aside the holy names of Hollywood – Ernst Lubitsch, Howard Hawks, Billy Wilder.

In recent years, seeing David Fincher’s “Fight Club” or the first “Borat” with Sacha Baron Cohen was proof that the genre was alive.

Director Adam McKay does not belong to this banned club. His “Vice”, a parody of former Vice President Dick Cheney, was saved only by a talented actor, Christian Bale. “No Look Up,” which has now debuted on Netflix, is a few notches below “Vice.” That means you have no salvation.

Here’s the story: A giant comet is on a collision course with Earth. Scientists calculate and predict: humanity has 6 months and 14 days until total destruction. But how is it possible to save the human species when it persists on ignoring facts?

Worse, even worse: The President of the United States, Donald Trump in a skirt, despises scientific knowledge and opposes high-tech thugs who have easy advantages over human existence.

So that no clichés are forgotten, the media doesn’t help either: Scientific subjects are losing out on celebrity drama. Is such a world worth saving?

I kept asking these same questions throughout the film, which made me feel an immediate sympathy for Comet. I also rooted for him: “Come, my dear, and destroy everything.”

it’s not a joke. This is a very disastrous and very serious idea, applied to the climate change that the film is intended to evoke.

The facts are: the planet warms, humanity contributes to this warming, and the Earth may become uninhabitable in the medium term. But we sinners do not want to atone for these sins. If yes, do we deserve salvation?

Of course, we not only deserve it but, at least in the West, we do incomparably more for the stability of the planet than countries like China, India or Russia.

I mention these three specifically because they are cited in the film as Earth’s last hope for the deadly comet to perish. This is the only moment of genuine humor in the entire film. The fact that it was involuntary humor doesn’t disqualify the laughter I gave.

Not to mention others. A satire, in order to be successful, adheres to the minimum of reality. But where is the reality of “Don’t Look Up”?

To begin with, the primitive dualism between “apocalyptic” and “denialist” is the most unscientific thing. Scientific discussion about climate is based on hypothetical models, from most extreme to moderate, and not with the childish dogma of “we will all die” or “we will all be fine”.

Furthermore, if Adam McKay really believes that the media or the political establishment doesn’t take the matter as seriously as he deserves, then it’s legitimate to ask what planet the director lives on.

If there is any topic that attracts the attention of the media, international institutions, NGOs and governments, it is climate change.

This puts the film in a paradoxical position: How is it possible to present the film’s scientists as the enlightened minority, when the concerns that animate them are actually the concerns of the majority who have voice and power?

Satire, by definition, annoys the powerful. But other than Donald Trump’s orphan or Bolsonaro’s corpse, who is uncomfortable with the film’s message?

“Don’t Look Up” is only preaching to converts. If Adam McKay had opted for a film about the environmental crimes of Vladimir Putin, Narendra Modi or Xi Jinping, perhaps his satire would have been the daring condemnation the subject deserves.

Link Current: Did you like this lesson? Subscriber can issue up to five free hits of any link per day. Just click on the blue F at the bottom. 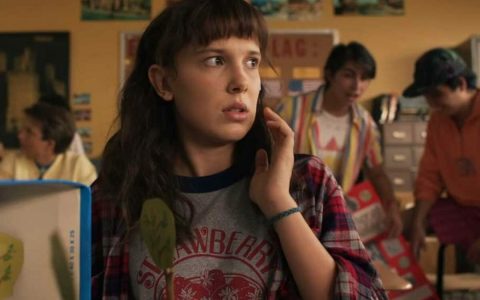