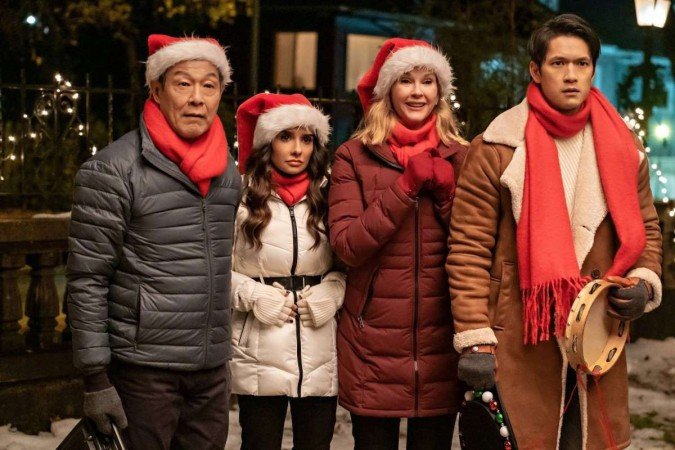 The end of the year is approaching and with it the atmosphere of Christmas. Ornaments are hung in homes, businesses and public places, and colorful trees and plants and festival lamps are lit. With the arrival of November, streaming has already invited Santa Claus to the party and is prepping the public with popular Christmas movies, ahead of its turn from December 24 to December 25.

One of the main streaming platforms today, Netflix is ​​the one that invests the most in Christmas cinema. The service has announced a calendar for this end of the year with films and series slated to release on Christmas Eve and Christmas Day from November 1. Thematic premieres have such a special place that they were presented in November separately from the rest of the features and series coming to the catalog.

There are three new movies on the subject on Netflix so far. They are: The Noel Family, the romantic comedy A Surprise Match, and the family comic A Happy Christmas Everyone. The first arrived last Monday, and the other two debuted over the weekend.

A Surprise Match starring Nina Dobrev entered the catalog on Friday. The film tells the story of Natalie, an unlucky Los Angeles resident in love, who falls in love with Josh through an app, however, the boy lives on the other side of the United States. The hero then chooses the holiday season to surprise the lover and meet him. However, Josh is not what he shows in the app.

Today premieres A Happy Christmas to All, a film that chronicles the madness that becomes a family of four sisters when their father knocks on the door to spend Christmas with his longtime daughters.

It’s not just Netflix that is investing in getting users in the Christmas mood. Amazon Prime Video has included all the films in its Christmas schedule in a post on social media. Two films in the saga Sweet Christmas, The Christmas Train, Once Upon a Time at Christmas and Evergreen in the Christmas saga are available in the catalog. The stage went ahead and added a New Year’s Eve movie, Real Revelry.

Another platform that sets the ground for December is HBO Max. A little more sneaky, it will launch just one on November 25th, just a month before the date. But he invested heavily. The 8-bit Christmas feature stars the likes of Neil Patrick Harris, Steve Zahn and June Diane Raphael and chronicles the saga of a 1980s boy in search of the best Christmas gift, the newest video game ever made.