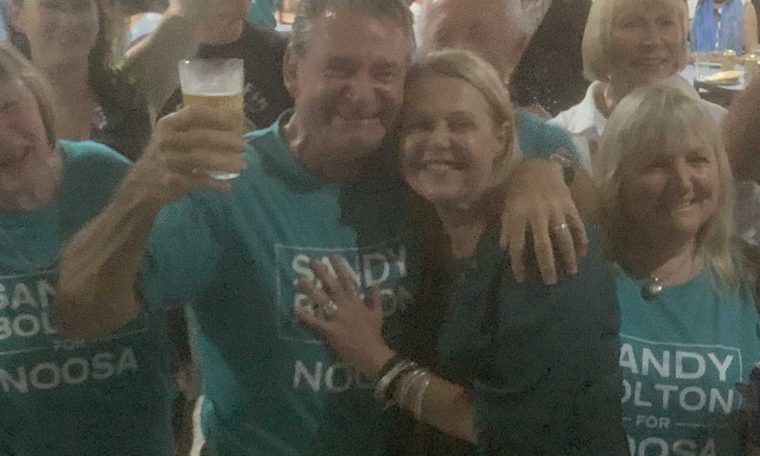 Sandy United Bolton burst into tears when he used his victory speech to say that the election was never a victory for him.

Surrounded by a sea of ​​tea at the Nusa Pirates Leagues Club, Nosa’s independent MP declared victory on Saturday night.

In a captivating speech, the passionate Mrs. Bolton thanked the large team of volunteers she called “her family.”

“It was never about winning the trip, because that’s not what it was about me,” he said.

“It’s about conveying a message about the power of people, good people.”

In the final count, Ms. Bolton received about 45 percent of the first-choice vote, followed by LNP candidate James Blavin with about 26 percent.

Labor candidate Mark Dunham came in third with 15 percent of the vote.

Mr. Blavin was happy with his campaign and had no regrets.

The 31-year-old candidate said he could now focus on his role as an accountant and becoming the next daddy’s early father.

“I’ve been on unpaid leave for three months so I need to go back to work and earn some money,” he said.

It was the noise of the Nusa Pirates Leagues Club where Mrs. Bolton gathered with her supporters, wearing T-colored T-shirts, to watch the election results.

The huge crowd only got worse when bad weather cut off the building.

// simon and wade adding this to fire the viewpaywall event which stops us from enabling FB IA. // facebook has requested we remove the track event.