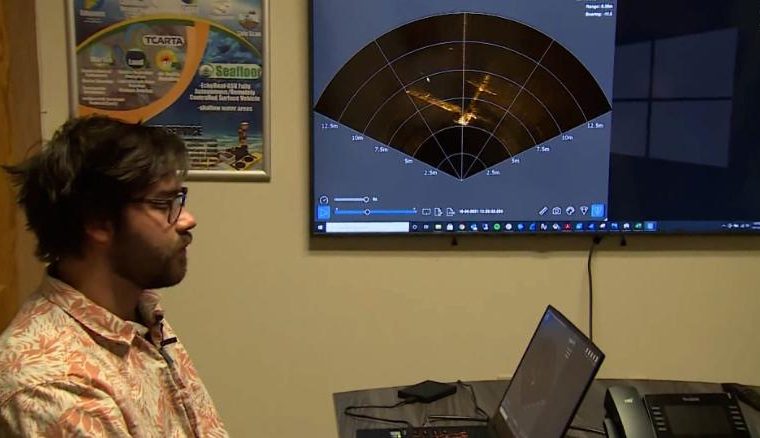 Workers testing scuba gear say they found the wreckage of a small plane in Folsom Lake, California, and may have solved a 56-year-old aviation mystery.

Jeff Riley, an environmental technician at Seafloor Systems, told CNN that the sonar images show an outline of the plane covered in a thick layer of silt about 50 meters below the lake’s surface.

Riley said he first realized something might be happening when he was analyzing data that his colleague Tyler Atkinson had collected while testing a small unmanned survey boat. Seafloor Systems is a research company specializing in the mapping of marine areas.

It was able to locate the wreck because the water level in Folsom Lake is low due to extreme drought conditions in the western United States. The lake is located approximately 40 kilometers northeast of Sacramento.

“I saw something that wasn’t normal,” Atkinson said.

Riley said they returned to the area with a remote-controlled mini-sub, but could not see well because visibility was only six or six inches.

The team assembled a sonar unit on the submarine and returned earlier this week, Riley said, and by the time they reached the bottom, the debris was “clear as day.”

They were able to collect images of the plane’s tail and propeller, and Riley said they matched the description of a plane that crashed in 1965.

A Piper Comanche 250 crashed into a lake after a mid-air collision on New Year’s Day.

The pilot’s body was recovered, but officials never found the plane or the three passengers on board.

Authorities tried to locate the plane in 2014 but were unsuccessful after a three-day search.