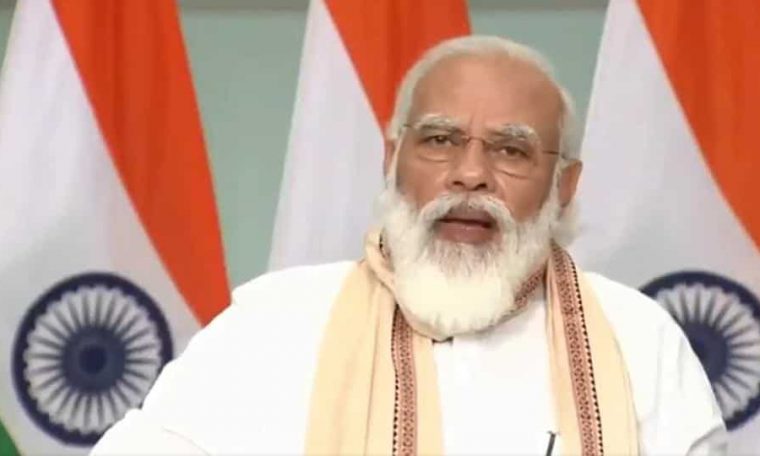 Prime Minister Narendra Modi on Sunday congratulated the farmers after two of the three agriculture bills tabled in the upper house of Parliament to revolutionize agriculture.

The Prime Minister said that the agriculture sector in India needs technical and structural upgrades, noting that these bills would pave the way for farmers to increase their productivity by using better tools.

In a series of tweets, Prime Minister Modi assured the farmers of India that the Centre’s objective is to serve the farmers and build a strong agro-industry for future generations.

“Our agriculture sector is in dire need of the latest technology that helps hardworking farmers,” Modi wrote on Twitter. Now, with the passage of the bills, our farmers will have easy access to the technology of the future that will boost production and yield better results. This is a welcome step. ”

He also highlighted the need to remove middlemen in the agricultural industry. He said that farmers in India have been ‘bullied by middlemen’ for decades.

“For decades, Indian farmers have been subjected to various restrictions and bullying middlemen,” Modi said. Bills passed by Parliament free the farmers from such troubles. These bills would stimulate efforts to double the income of farmers and ensure their greater well-being. ”

Reiterating his confidence in the system of minimum selling price (MSP) and government procurement, the Prime Minister said that these systems would continue uninterrupted and would not be affected in any way by the passage of bills. He said that the purpose of the bills was to transform the sector and give the farmers the right to live a better life.

The Opposition has targeted the government over the Minimum Selling Price (MSP) and government procurement systems, saying that the passage of the bills would affect these processes. Many opposition MPs feared that the bills would benefit private players and boost contract farming.

On Sunday, the seventh day of the monsoon session of Parliament, when the Opposition MPs created a commotion, the Rajya Sabha Deputy Chairman refused to send the bills to the elected panel.

Many farmer leaders and farmers unions have started protests in Punjab and Haryana.