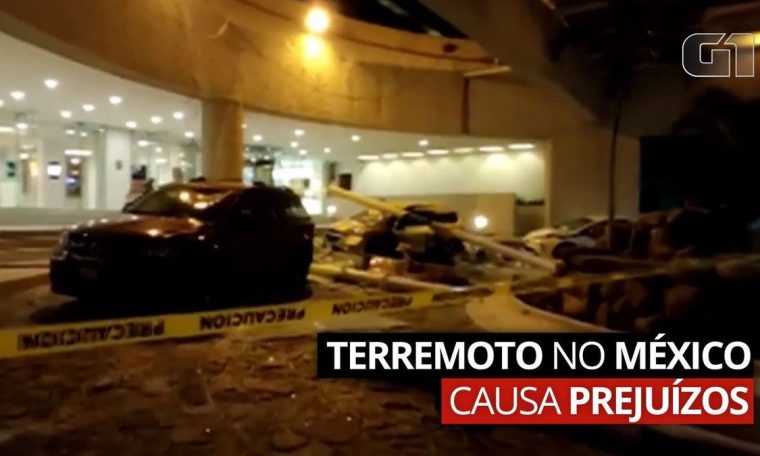 According to the United States Geological Survey (USGS, its abbreviation in English), a magnitude 7) earthquake struck Mexico City and neighboring areas late Tuesday (7).

According to Mexico’s National Seismological Institute, the epicenter of the quake was 17 km southeast of Acapulco. A few aftershocks of magnitude 4 to 5 were recorded.

The city’s airport control tower was hit, and the quake also damaged buildings, felled trees and threw large stones into the streets.

Cars damaged in front of a hotel after the earthquake in Acapulco – Photo: Francisco Robles / AFP Photo

Mexican President Andres Manuel López Obrador said the quake fortunately did not cause serious damage in any of the affected areas.

Earthquake stresses residents of Mexico City, who hold tragic memory The earthquake of September 19, 2017, in which 369 people died in the country. – Majority in the Mexican capital.

The mayor of Mexico City, Claudia Sheinbaum, reassured the population and said on a social network that “so far, there has been no serious damage”. The city is about 375 km from Acapulco.

Another earthquake, which occurred in September 1985, killed more than 10,000 people in the Mexican capital.

An eyewitness told Reuters news agency that in Mexico City’s Roma Sur neighborhood, the lights went out and frightened residents ran outside, some wearing nothing but pajamas.

People caught in the rain holding small children or pets were also busy returning to their homes in the dark.

“It was terrifying. It really reminds me of the 1985 earthquake whenever something like this happened,” said Yasmin Rizk, a 70-year-old resident of the neighborhood.

People took to the streets after the Mexico City earthquake — Photo: Luis Cortés/Reuters