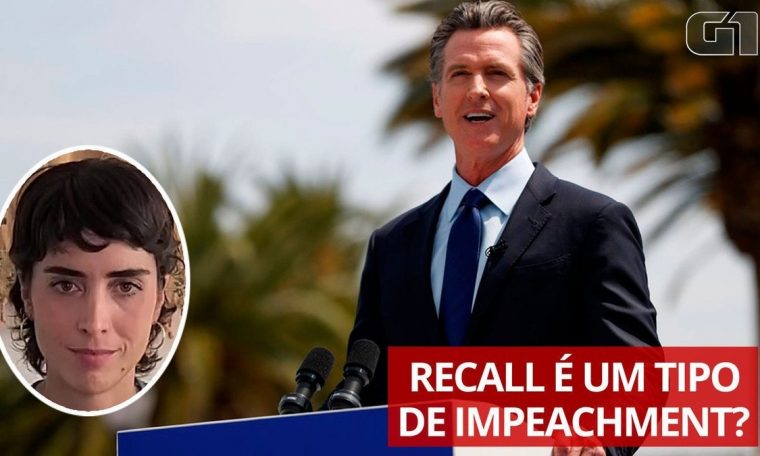 a california has just taken a vote – and is still counting the votes – to define the departure or stay of its governor, Democrat Gavin Newsom.

Everything indicates that he will remain in this position, because, With 62% of ballots counted, two-thirds of voters voted in favor of Newsom (watch video below).

Seeing this vote, many Brazilians may have asked themselves: Was Newsom impeached? Have you been accused of corruption or something like that? What happened so that voters could vote to have their term interrupted?

But it is nothing like that. Quite simply, a section of the population was unhappy and decided to follow up on a petition, asking for a vote to decide whether or not he should remain in government. This process is called “recall”..

California law allows, If this is the wish of about 15% of the electorate, politicians can be removed from power before the term ends.. Some other states also allow this.

But it’s rare for a governor to collapse: it’s only happened 4 times in American history.

Hollywood star Arnold Schwarzenegger was elected governor of California in 2003. The populace interrupted the term of Democratic Governor Gray Davis and voted for the actor to take over.

The good thing for the populace is that it becomes a way to pressure politicians to deliver on their campaign promises.

This time, unlike in 2003, projections indicate that a majority of voters decided for Democrat Newsom’s permanence. The result should be certified next month.