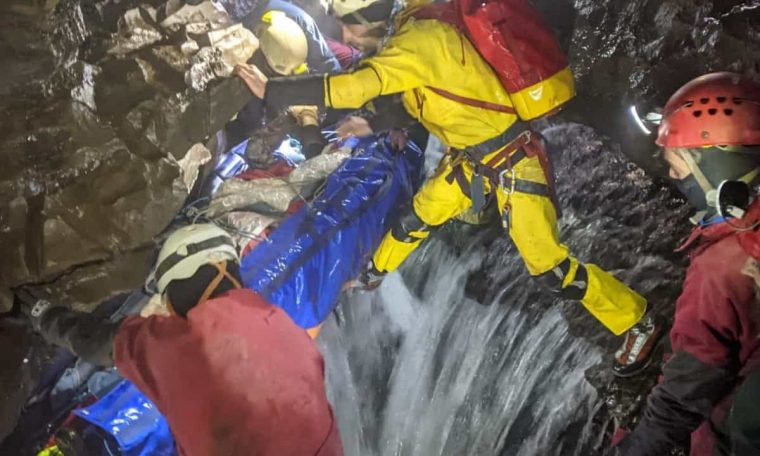 YouA man in his 40s was rescued alive this Monday after spending more than two days in one of Britain’s three deepest caves, Ogof Fffinon DDU.

Sky News reports that the speleologist (which is dedicated to the study of caves) suffered serious injuries while still alive. He broke his jaw, a leg and still has a spinal injury.

Around 300 people were involved in the rescue operation at Brecon Beacon, Wales. According to team spokesman Peter Francis, 74, it was the longest stretcher rescue ever in Britain. “We are very pleased with the result”, he told reporters.

The speleologist, described by Peter Francis as expert, had been trapped in the cave since last Saturday after falling inside the cave. “It was bad luck. He wasn’t in the dangerous part of the cave, just something fell under him”, explained a spokesman for the rescue team.

ALSO READ: Wuhan and US scientists “plan to infect bats with coronavirus”