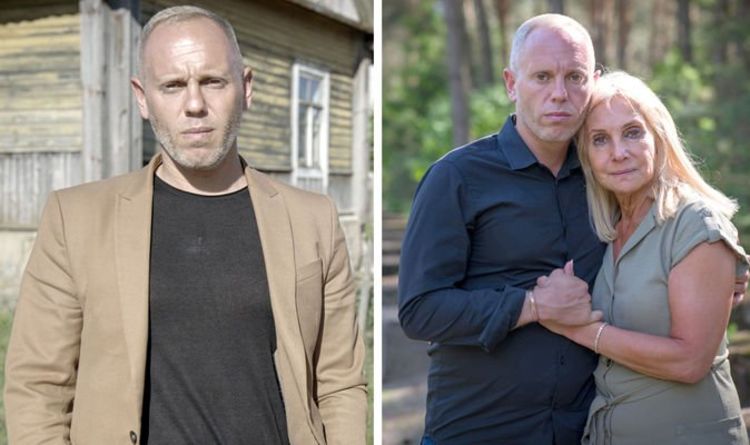 My family, The Holocaust, and I will air tonight (Monday, November 9) at 9pm on BBC One. The series features barrister and famed judge Robert Rinder visiting the families of Holocaust survivors and tracing the footsteps of their relatives during World War II. In the two-part series, Rinda is also exploring her family ties to the Holocaust and reveals some of her relatives, leading some to wonder about the age of her mother, Angela Cohen.

While Rinder, 42, is much in the public eye, thanks to her ITV Daytime series judge Rinder and her performance on Strictly Come Dance, her mother Angela Cohen doesn’t mean she knows about it. Is not.

Despite this, Rinder shared a picture of Angela holding a bouquet of flowers, wishing her mother a happy birthday on Twitter. Angela turns 67 today.

He titled the picture, which he shared with his 112,000 disciples: “Of all the qualities you have taught us, truth and kindness are the most important to you. Happy birthday mom

“Thank you for your courage, joy and unconditional love. You will see the BBC @ 9PM later.”

Not much is known about Cohen, but she and her son first appeared on Loose Woman as part of a Mother’s Day special where the ITV series celebrated celebrities.

Speaking on the show back in 2017, Rinder praised his mother Angela who raised him and her older brother Craig.

Cohen was married at the age of 19 but divorced 10 years later and raised two children of her own at South Gate, London. Ten years later, she became a single parent.

See also  Learn How You Can Watch American Netflix in Portugal

The lawyer and television personality will help other families find out what happened to their own relatives during the Holocaust with some impressive and heartbreaking stories.

Rinder will also visit a Lithuanian town and his family make a painful trip to the Treblinka concentration camp, as well as the Polish grandfather’s parents and siblings who have died.

Along with his son, Cohen will also appear in a series of facts, learning about his relatives’ experience of Nazi persecution under the Third Reich.

Cohen told the Radio Times about his participation in the show: “I can’t thank you enough [directors] Enough for David Vincent and Mike Roberts to give me a chance to get there.

“My father didn’t talk about anything that happened to him, I didn’t even know the names of his brothers and sisters.

Other families joining the show will include Emerald actress Louisa Klein and her sister Natalie, as well as Holocaust educators Nomi Lopean and Bernie Graham.

Viewers will be given an insight into these last unpredictable stories from the darkest period of Europe’s recent history.

My Family, The Holocaust and Me starts tonight at 9pm on BBC One