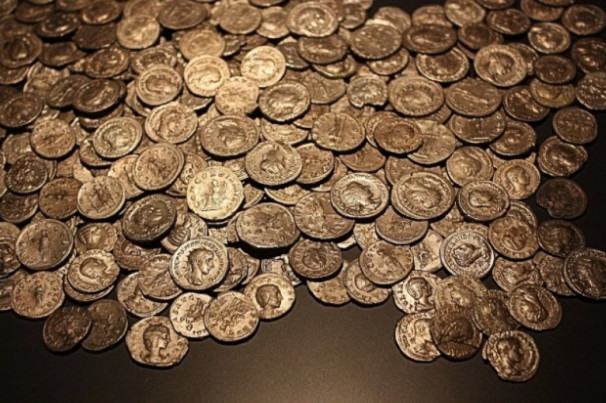 A unique collection of Roman gold coins buried decades before the Roman conquest of Britain has been discovered in County Norfolk.

So far, over the course of several years, eleven aureus (ancient Roman gold coins) from the reign of Augustus – the first Roman emperor – have been found in an area near Norwich.

According to Adrian Marsden, a Norfolk County Council numismatist and Roman coinage expert, the aureus dates back to the period between the 1st century BC and the 1st century AD.

Interestingly, all coins were minted before the conquest of Britain by the Romans, which happened after the invasion launched by the fourth emperor of Rome – Claudius.

The coins are in such good condition that at the time of storage they could not remain in circulation for very long.

The absence of any coins minted later suggests that they were buried soon after they were minted.

Marsden claims that there is no way to know for sure how the coins were buried in the field before the arrival of the Roman army.

“Clearly [as moedas] was buried before the invasion,” one expert told Live Science.

“It is possible that they may have been part of some sort of offering to the gods, but it is more likely that someone buried them with the intention of retrieving them later.” (with Sputnik Brazil Agency)