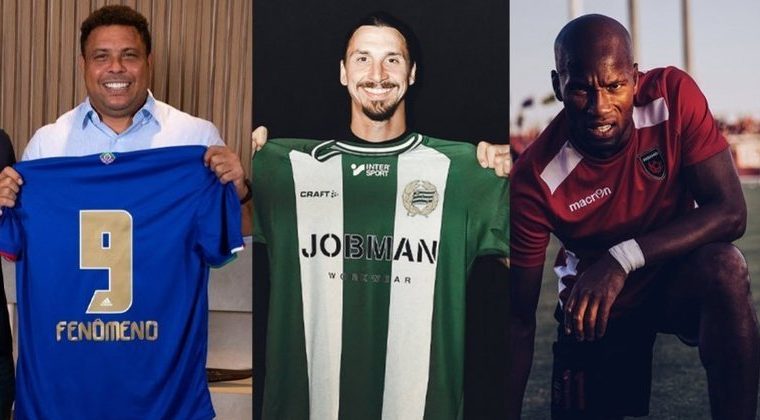 Former striker Ronaldo’ Fenumeno announced the purchase of Cruzeiro this Saturday, adding another football club to his investment. However, the five-time champion is not the only athlete to have achieved a team in recent years, with players such as defender Pique and forward Ibrahimovic.

Since 2019, striker Zlatan Ibrahimovic, now at Milan (ITA), has half the rights to Swedish football club, Hammarby IF. According to the ‘Sports Marketing’ portal, the Swedish athlete has shared the team with the American company AEG.

“I have always admired Hammerby and his fans and I am impressed by the performance of the club on and off the field over the years”, revealed Ibrahimovic in 2019.

Former striker Didier Drogba also became a co-owner of USL club Phoenix Rising FC. The team was the last for which the former athlete played professionally and moved to a leadership position within Phoenix Rising after his retirement.

In December 2018, Barcelona (ESP) defender Pique bought FC Andorra, a club in the third division of the Spanish league. The athlete acquired the team from its holding company, Cosmos Holding Group, which also has investments in tennis and audio-visual production.

Like Drogba, former midfielder David Beckham also bought a team in the United States. The Englishman purchased a new MLS franchise in 2013, which began in 2018, Inter Miami. Today, Beckham is the club’s president and shares ownership with the brothers Jorge and Jose Maas.