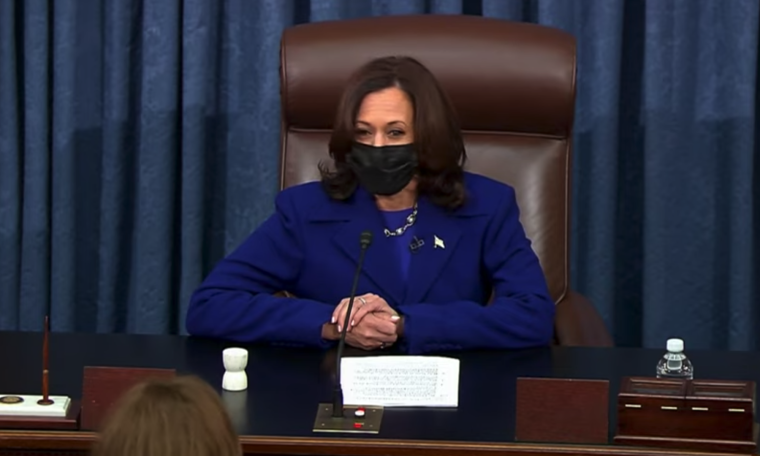 The list released this Thursday (April 21) includes US and Canadian government officials, businessmen and journalists

The Russian Foreign Ministry announced this Thursday (21.Apr.2022) that it would ban 80 personalities from the United States and Canada “Shaping the Russophobic Agenda”. These people have been banned from traveling to the country indefinitely.

“In response to increasing anti-Russian sanctions, under which the Biden administration brings in an increasing number of Russian citizens – officials and their families as well as representatives of business circles, scientists and cultural figures – 29 Americans have been added to the stop list”. has gone. Among the top politicians, businessmen, experts and journalists who make up the Russophobic agenda are the spouses of many high-ranking officials.say part of release,

In all, there were 29 names in the US. These include the country’s Vice President Kamala Harris, her husband Douglas Craig Emhoff and White House Chief of Staff Ronald Klein. Brian Thomas Moynihan, President and CEO of Bank of America; LinkedIn CEO Ryan Roslansky.

The sanctions also apply to American journalists and businessmen in the US media, such as Mark Zuckerberg, CEO of Meta, Ryan Roslansky, CEO of LinkedIn, and George Stephanopoulos, presenter of the television channel ABC News.

With regard to Canada, most of the restrictions were applied to political and military figures. The list includes 61 people who, according to Russia, helped put “Discriminatory Measures” against Russian citizens.

“On the Russian side, the doctrinal line will continue, including a decisive rejection of Ottawa’s Russophobic actions, including supplying arms and collusion in sending mercenaries to Ukraine.”Advertisement says.

According to the ministry, the lists will be expanded soon and new measures should be announced.