In recent years, there have been a number of government agencies and institutions that fund the development of home hardware for government or state infrastructure.

This trend was born out of a desire to design their own chips without “backdoors” that could be used by foreign services to monitor government processes, etc.

recently, The Russian company Baikal Electronics has managed to launch a system based on the Baikal-S processor, which has 48 cores based on ARM ISA (Instruction Set Architecture). The processor codenamed BE-S1000 can and does operate all 48 cores at a frequency of 2.0 GHz (base clock), which can be increased to 2.5 GHz (maximum boost clock). And all this with a TDP (Thermal Design Power) that does not exceed 120 W, making the design quite energy efficient.

Intended for server use, Baikal-S processors can run in conjunction with up to three other processors (a total of four slots on a mainboard server). For secure boot and enhanced management capabilities, there is a specially developed RISC-V co-processor and therefore the entire SoC is controlled by a specially optimized, home design. 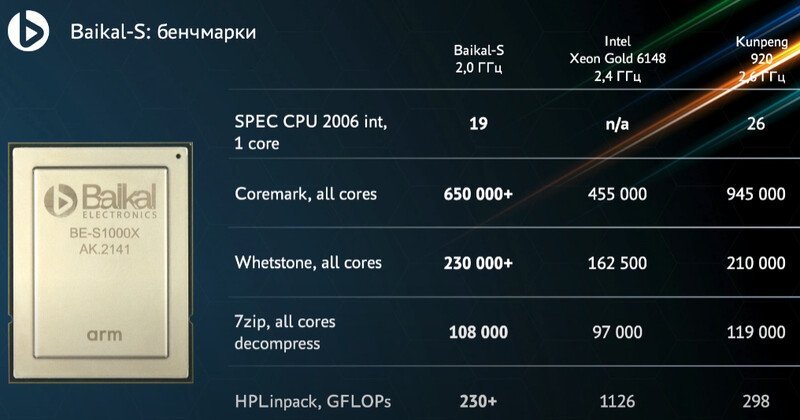 Along with the processor announcement, Baikal Electronics provided some benchmark results (such as SPEC2006 CPU Integer, Coremark, Whetstone, 7Zip and HPLinkpack) to gauge the performance of its processors. The company also claims that the Baikal-S processor offers similar performance with the Intel Xeon Gold 6148 (Skylake) and AMD EPYC 7351 (Zen), while the Baikal-S design shows 0.86x performance, compared to Huawei’s Kunpeng 920. Is. 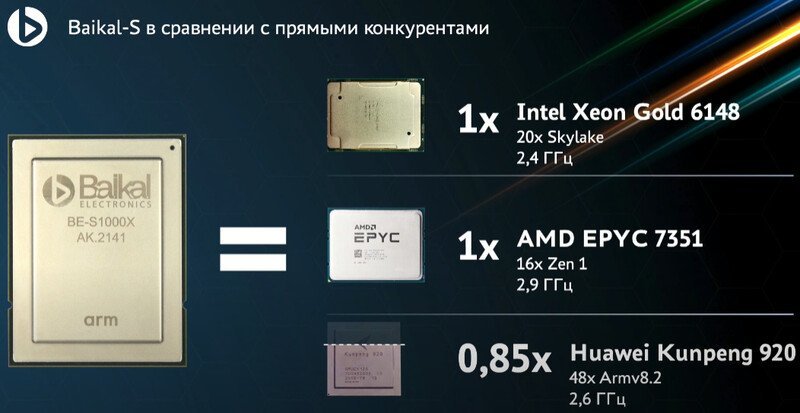