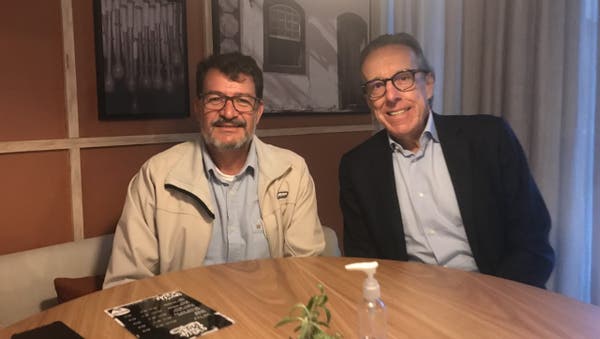 The SC-401 highway, also known as Florianopolis’ “innovation route,” receives another project to host technology companies, Espakko+um. Integrated by two buildings connected by an elevated walkway, the center occupies 5 thousand square meters and considering the greater distance After the pandemic, 700 people or a few more can work on the site. Currently, one of the buildings houses the Casa Cor exhibition, which runs until the end of the month. The investors are Julio Moura and Walter Tomazoni, entrepreneurs with successful trajectories abroad and in Brazil in other areas, but who decided to focus on the technology sector at Ilha de SC.

I> Receive key information about Santa Catarina via WhatsAppI

Julio Moura rose to the helm of European multinationals before becoming an investor in startups. Born in Florianópolis, he studied mechanical engineering with a specialization in nuclear engineering at the Federal Institute of Technology in Zurich, Switzerland, and obtained a master’s degree in mechanical engineering at MIT, USA. Positions he held include president of Switzerland-based Grupo Nueva, owner of Amanco and Massisa, global vice president of Sika and Schindler (Lift), and director of Natura. Today he is a partner at Vesper Ventures in Florianopolis, which invests in innovative companies.

Walter Tomazzoni is the co-founder of Santo Antonio, a Florianópolis-based company that specializes in business management. Born in Caxias do Sul, RS, he developed his career in the business sector. He founded JR Adamvar, which deals in the production and sale of eyeglasses for the Mormai and Colkey brands present in the domestic and overseas markets. He also develops other projects and is a volunteer in initiatives in the areas of design and commerce.

The owners of the neighboring buildings on SC-401, located after the access of Santo Antonio de Lisboa towards the Centro, decided to unite the projects in Florianópolis to participate more in the technology sector. The name of the new centre, Espacco + Um, was suggested by Julio’s son Pedro Moura and a companion, precisely because it is another on the highway which is considered the “Path of Innovation” in the capital.

We have created a space facilitating human coexistence for entrepreneurship in the technology sector, which is attractive to young people. We want companies to come here, feel good and be successful. We received an offer from a large company, but our option is for small technology companies – explains Julio Moura.

Among the companies that went into Espakko+um are Vesper, which is a shareholder in startups such as Accurate Sales and Apta (the healthtech that moved to Silicon Valley), and Endeavor. The administrative headquarters of JR Adamvar is already at +um. Before the pandemic, the two buildings could accommodate 3,500 people, but considering the Covid precautions, the ideal could be 700 people, the businessman estimates.

– In addition to the companies, we will have a restaurant on the terrace (rooftop) facing the bay of Santo Antonio and a cafe on the ground floor. We are also planning to attract an emporium. We want to be an option for those who come from the neighborhood to the centre. An average of 70 thousand vehicles pass on this highway and there are few options for coffee, for example – says Tomazzoni.

The architectural project with more openings, windows from top to bottom, facilitated the holding of the Casa Cor exhibition, the first major epidemiological event in Florianópolis. According to the franchise partners, Francis Bernardo and Luiz Carlos Santa Fe Bernardo, the visitation exceeded expectations.