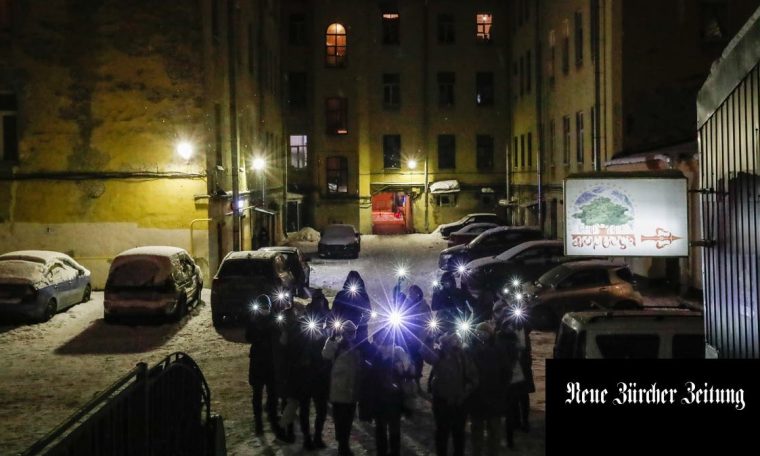 For the evening of Valentine’s Day, a team of jailed opposition activist Alexei Navalny called for a mild protest in the courtyard. The action about the project was almost more than its own.

In many Russian cities, citizens walked into the courtyards, squares, and streets with flashlights, lanterns and bright mobile phones at 8 pm local time Sunday evening. “Love is stronger than fear” was the motto of the action, called on Valentine’s Day by Leonid Volkov, the team’s chief of staff around inmate opposition politician Alexei Navalny. It was associated with the slogan “Freedom for political prisoners”! Under the same demands, one hundred to three hundred women met in the afternoon in Moscow and St. Petersburg, forming a solidarity chain in the inner city. No arrests were made, but groups close to the Kremlin tried to incite the contestants.