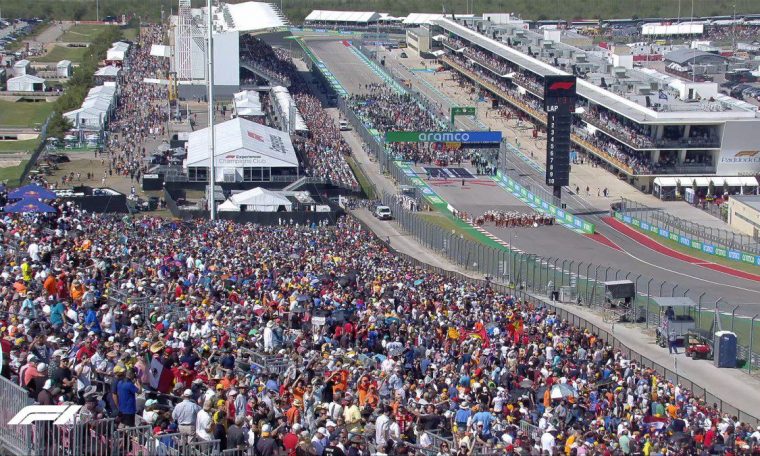 Driver Lando Norris believes the US GP environment had “similar vibes” to Silverstone. F1 has been attempting to uncover the secret to attracting American fans to the sport in recent years.

Circuit of America boss Bobby Epstein noted the influence of Netflix’s “Drive to Survive” series, explaining that the show was “rocket fuel to an already burning fire.” With 400,000 fans in Austin to watch F1 return, the McLaren driver commented on the atmosphere created on the American circuit.

“It was epic. It’s hard when you’re running and focusing so hard, but the back and parade laps we did, it was amazing to see how many people there were. How many people with similar vibes to Silverstone stands I was on the sidelines and stuff and very excited too,” Norris said.

In the opinion of the British, F1 was back to normal with more attendance of fans and guests. “It’s great to have them back and finally back on track, things seem a lot more normal and like F1 should be back in the paddock with more guests and media and VIPs, it feels more like F1, which was good “.

Fans not only joined the game on the circuit, but riders stopped in for photos and autographs during their time away from the race in downtown Austin as well. This is in contrast to the time F1 started racing in Austin, where drivers could ride almost anonymously.

“Certainly in the general environment of just walking around and hotels etcetera, you feel like a lot more people around you notice you McLaren or other top teams. It’s good to see how much this involved people in America It’s great”, concluded Norris.