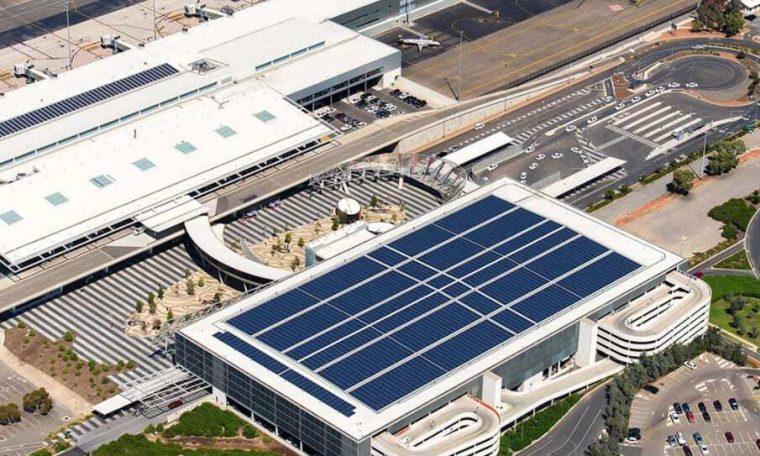 Encouraging homes to adopt solar power generation is essential for a clean future, but investing in large-scale solar applications can change the course for zero emissions. A new study from the Royal Institute of Technology in Melbourne (RMIT University) in Australia shows this.

Geospatial researchers used the city of Bendigo in the state of Vittoria to conduct a case study. Solar electricity generated in a year was estimated in a city with 17,000 residential panels. In comparison, the study takes into account the potential of solar installation at 21 Australian-owned airports.

What was revealed was that the large-scale installation would be capable of generating 10 times more power than the 17,000 slabs. In addition, more than 151 thousand tons of greenhouse gas emissions will be avoided every year.

RMIT’s geospatial scientist Dr. Chan Sun says, “We cannot rely on small residential solar panels to lead to a zero-emission economy, but by installing large panels in places such as airports, we are much closer Will come. ” He hopes the results will help direct the country’s energy policy.

The idea is that the energy generated can not only make the airports self-sufficient, but also that the surplus can be channeled to the network.

Researcher Chan explains that “there is good exposure to the sun at airports because they are not shaded by tall buildings or trees, which makes them an ideal place to take advantage of the sun’s energy”, but this capability was wasted. is. They estimate that the use of a renewable source would prevent 63,000 tonnes of coal from burning in Australia every year.

Lead author Atheni Teofilo, a master’s student in geospatial sciences, has done the mapping of buildings at all federal airports – except for unsuitable structures. In the study, the ideal tilt angle was determined for the solar panels at each airport to maximize efficiency.

Melbourne Airport alone will exceed Bendigo’s annual solar power generation by about 12 gigawatt hours per year. The largest energy capacity has now been identified at Perth Airport. There, solar production has nearly twice the capacity of all Bendigo production and is equivalent to the combined production of airports in Adelaide, Sydney, Moorabin and Townsville.

Researchers note that they have only mapped government airports, but Australia has more than 150 privately owned aerodromes, which can also install solar panels. In other words, there is immense potential to generate clean and renewable energy.

For RMIT University, the findings can be extended to assess the solar capacity of other locations, such as large commercial buildings, warehouses, or distribution centers.

Complete study, in English, you can see here Journal of Building Engineering.