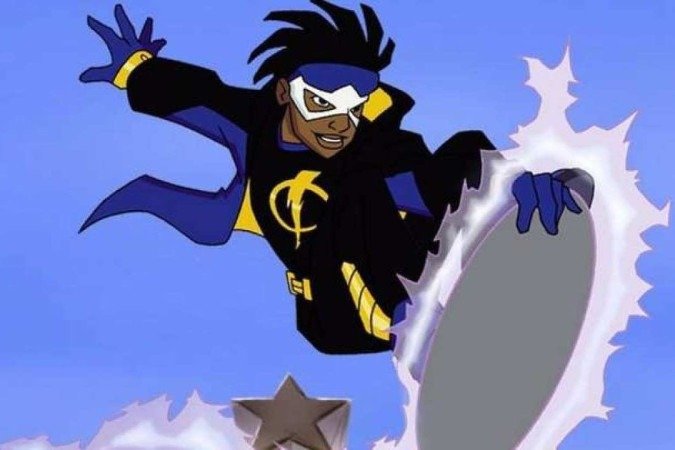 One of the main superheroes on many home screens in the 2000s will return in an animated film, which was announced during a DC Fandome 2021 panel. Super-Shock returns to productions with new stories, characters and villains. Animation premiere is yet to be confirmed, but productions are in progress.

The production will feature actors such as actor and producer Michael B. Jordan and writer and producer Reginald Hudlin, who wrote the animated screenplay for Marvel’s dark hero Black Panther. Notable in its first animated version produced by Warner Bros. Television, Super-Shock portrayed the life of young Virgil Hawkins, who discovers himself with electromagnetic forces when exposed to a gas.

From these discoveries, he began to dominate the force and contributed to the security of the city, the Dakota Union, in the United States. With the help of his friend Osgood, Virgil coped with his powers and performance against crime and gained recognition among the most famous heroes of the DC Comics universe, such as Wonder Woman, Superman, Batman, and other members of the Justice League. ,

In addition to the traditional dilemmas of superheroes, Super-Shock also portrayed cases of racism and discrimination faced by Virgil during the course of the plot. In one episode, the protagonist goes to Osgood’s house after being subjected to racism by his friend’s father.

In addition, animation highlights Virgil’s blackness throughout the episode, revealing his identity at home, at school, and in the environment in which he is present on a daily basis. The first edition consisted of 52 episodes divided into four seasons, which premiered in September 2000.

In 2020, the production of Super-Shock’s first live action film was confirmed. The film will also be produced by Michael B. Jordan and has no official release date yet. In an official statement, Jordan commented that he is “proud to be part of the creation of a new universe centered on dark heroes. Our community deserves it.”