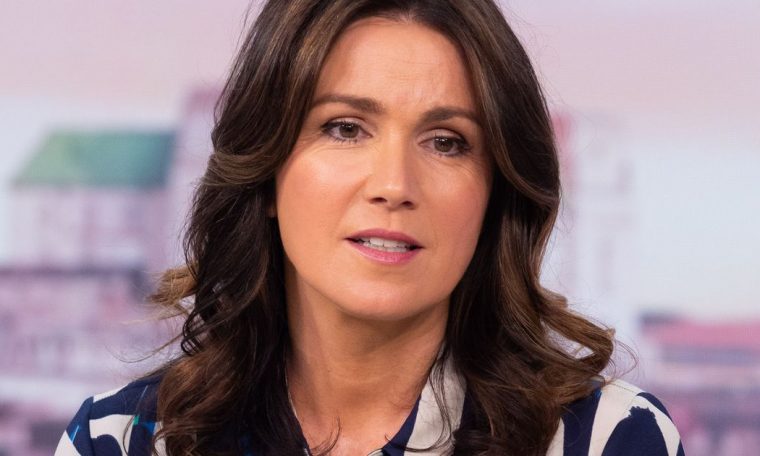 Good Morning Britain’s Kate Garrawe was comforted by co-star Susanna Reed when she gave an update on her husband’s condition at the hospital.

The 53-year-old television presenter has been trying to stay positive while her husband, Derek Draper, has been fighting for his life since signing the Kovid-19 deal in March.

Speaking on ITV this morning, Kate revealed that her recovery journey had many ups and downs but also some ‘worrying ups and downs’.

The mother of the two was again comforted by Susna in a touching moment during the show.

“I’m fine, thank you,” Kate said when asked by Susanna this morning.

“The problem is that I feel like I’m killing everyone because it ends up being the same, it’s stable but there are really big ups and downs in between. Big ups and downs – small improvements and no worries.

Love celebrity gossip? Sign up for the Mirror’s daily newsletter for all the news

“The last few days have been pretty stable so we’re going through everything.”

Kate then revealed that the latest bans meant Derek’s parents were unable to see their son in the hospital.

Suzanne later consoled her co-star and assured Kate that she was “not boring anyone” by talking about Derek.

Susanna added: “It’s not boring anyone. I know you belong to it.

“But you’re amazing because you always have a smile on your face. You’re an inspiring person.”

Kate’s husband was killed in March by Covid-19 before falling into a coma.

The former lobbyist has been in intensive care and has only been allowed to see him on rare occasions.

Kate and Derek’s children, 14-year-old Darcy and 11-year-old William, have been unable to see their dad at the hospital.