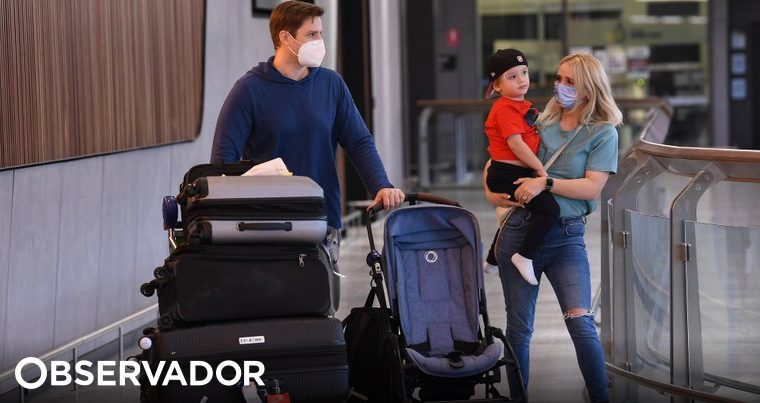 Australians and permanent residents who have been fully vaccinated against Covid-19 can return to the country without quarantine from this Monday, although they must land in Sydney and Melbourne.

The partial reopening of borders, which the country closed in March 2020 and which banned its own citizens from leaving the national territory, refers to Australia’s two most populous cities, accounting for a share of the total population. Represent approximately 40%, reaching the 80% mark of the total vaccination of the target population.

From early morning, a sense of euphoria reigned at Sydney airport, where international travelers arrived amidst screams of excitement, tears and flowers as they welcomed their loved ones.

“Australia is open. Australians are on the road again,” said Prime Minister Scott Morrison, who was in Rome for the G20 summit.

The reopening, which allows family members of locals to have quarantine-free entry if they have been vaccinated, allows Australians and residents to leave the country after the pandemic was first declared.

Australia’s international borders are not yet open to foreigners arriving in the country as tourists or international students, while citizens who have one or no doses will still have to undergo mandatory arrival quarantine and require an extraordinary departure permit. have to apply for.

About 1,500 of thousands of people overseas are planning to return to Australia this Monday on about 20 flights to Sydney and Melbourne from countries including the UK and the US.

Despite the resumption of international arrivals in two cities, the state capitals of New South Wales and Victoria, other Australian jurisdictions are further behind on vaccination targets and still maintain travel restrictions between the country’s own jurisdictions.

Australia, which recently overcame a resurgence of delta-linked Covid-19, has reported more than 171,500 infections and nearly 1,750 deaths since the start of the pandemic.