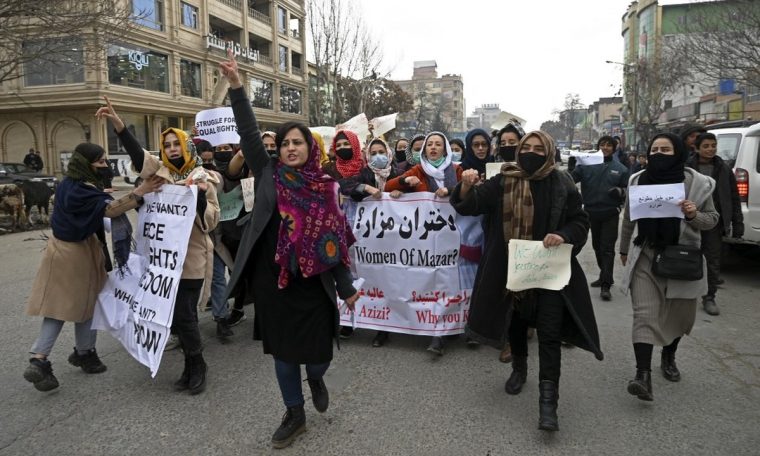 Three protesters told AFP that the Taliban used pepper spray on Sunday to disperse a group of women protesting in Kabul who were demanding their right to work and education.

Since seizing power in the country by force in mid-August, the Taliban have progressively imposed sanctions on Afghans – especially women.

“Equality and Justice!” About 20 women gathered in front of Kabul University, raising the slogan of In their hands were signs of “Women’s Rights, Human Rights”.

Protesters said Taliban fighters arrived at the scene in several vehicles and used gas to disperse the group.

The authorities do not allow many women to return to work in public service, and in some cases girls are rejected from schools. Television was also banned from broadcast series due to the actresses’ involvement.

VIDEO: Understand the risks for women under the Taliban regime

Afghanistan: Understand the risks for women under Taliban rule

See also  Days after the funeral, the cat 're-emerges' from the ashes and scares the family. pet channel