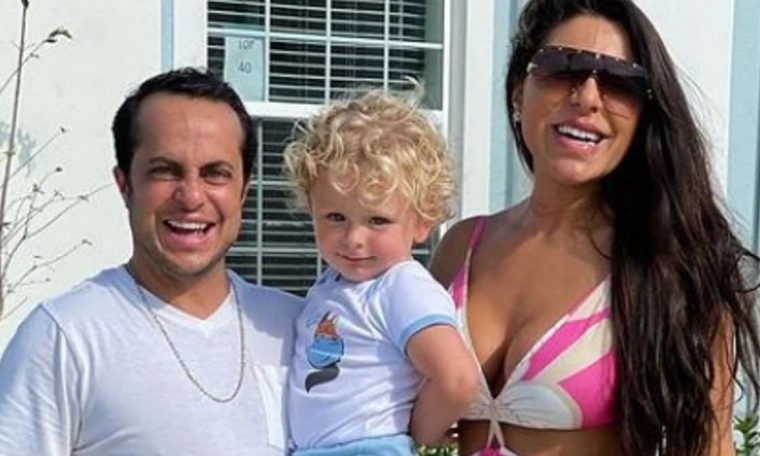 digital influencer thammy miranda and his wife, coach andressa ferreira, was surprised when they appeared in Orlando, USA with their one year and eight month old son Bento. The famous father traveled to the place so that little Bento could visit Orlando Park for the first time.

Andressa and Thamy have also reported that their other embryos have been frozen at fertility clinics in the United States. Hence, some netizens started to suspect that the trip was also done so that Andressa could get pregnant again.

A netizen even asked: “Are you going to take this trip to get pregnant again?”. And Andressa made it a mystery whether she is pregnant or not! She answered the question with a poll, asking netizens whether they thought she would be pregnant again on this trip. The way is to wait to find out whether the couple has ordered a younger brother or sister to bento.

thammy miranda Even replied to an internet user who questioned her about having more kids. Internet user asked: “Do you want to have more children?”. And he said: “Yes, we intend, we want another”.

A netizen asked Andressa: “Who cares more for Bento, you or Thammy?”. And he replied: “There is no one here who cares more, who cares less… We are both devoted”. Another Internet user asked: “Do you and Thammy argue a lot?”. And Andressa replied: “Fights are normal, but we give priority to communication, respect, our love. That’s the relationship”.

Tell us what you think!