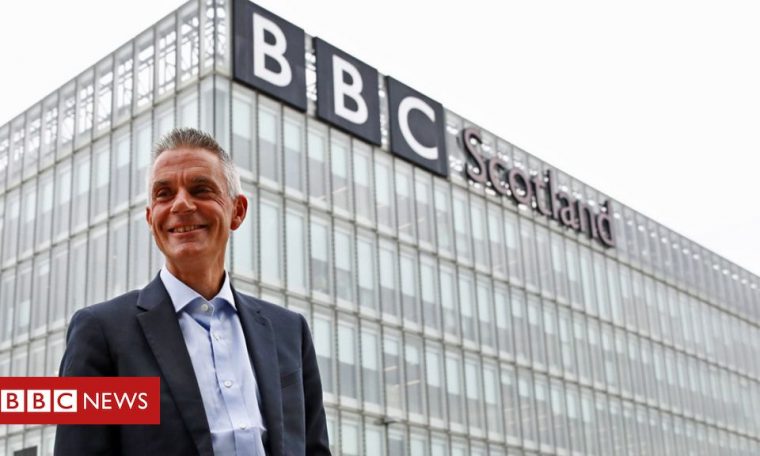 The BBC’s new director general has said he does not support anything from a license fee to a subscription service.

In his first speech since taking office, Tim Davy said such a change would “make us just another media company” serving only “a few.”

But he told staff that “there should be a fundamental shift in our focus” so that everyone gets value from the license fee.

He warned that the BBC was currently facing a “significant risk” and had “no inalienable right to exist”.

He said: “If current trends continue, we will not feel the need for all of our audience. We must develop to follow suit.”

The license fee is currently guaranteed until 2027, but the BBC’s funding is still being debated.

“To avoid suspicion, I do not want a BBC subscription that serves some people,” Davy said in a speech in Cardiff.

“We can do a great deal of this, and I doubt it can do well in certain postcodes, but it will make us another media company serving a particular group.”

Describing the BBC as “a great national success”, he said: “We are all recognized when someone says, ‘I will pay my license fee for Radio 4, Strict or Website’.

“But this kind of contact is under pressure and cannot be allowed. In the UK, from all political perspectives, in all societies, and in all age groups, people should feel that their BBC is for them, not for us. “

He said he achieved this not by defeating his opponents in the game, but by being “less than the BBC, more unique, and committed to our unique public service mission.”

He said the highest priority would be “renewing our commitment to neutrality”.

Neutrality is the essence of “who we are” and can be achieved even in polar times.

“It’s not just about the left or the right. It’s more about how people feel we see the world through their eyes. Our research shows that many perceive us as shaped by a particular point of view.”

He added: “If you want to be an ideological columnist or partisan preacher on social media, this is the right choice, but you should not work for the BBC.”

The new social media guidelines for presenters and staff will be “strictly enforced,” she said.

“Value for all,” says Tim Davy, who will define his tenure as DG is clever. “Value” is a commercial idea, and so his background in the private sector and the BBC’s global competition today points to the fierce competition. And “all” represent the idea of ​​universal public service.

In three words, that sentence captures both Davy’s legacy and challenge, and the “puzzle mix”, to borrow his idiom, of the sensibilities of free market and public service that he possesses.

The print headlines will probably focus on his warning shots, especially for those with a wind of continuity. He thinks social media activism and column writing are incompatible with working for the BBC. The big question, though not yet answered, is whether he will stick to the tweets of BBC contributors who do not work for BBC News like Gary Linker.

Davy is undoubtedly resilient and decisive, and in the last 24 hours I’ve talked to two dozen staff members who were unanimously enthusiastic and positive. But as he admits, it’s easy to talk about change. In fact, it is very difficult to get it to the post-epidemic world. He will be judged later.

After his speech, Davy was interviewed by the BBC’s creative diversification director, June Sarpong. Was given, who later described his approach to the “really involved BBC” as “a difficult and arduous task but he is committed to achieving it”.