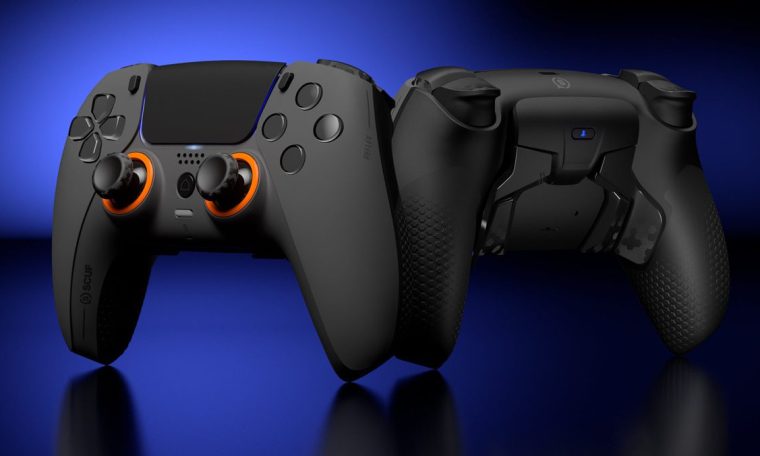 Visually, the Scuff Reflex is almost identical to the traditional DualSense, but there are a number of minor improvements to be found. The biggest new addition to the Reflex line is a removable set of rear buttons. They work the same way as the Xbox Elite Series 2, but you can quickly reprogram or disable them via a small rubber button on the back of the controller.

The Reflex and Reflex Pro have Sony’s adaptive triggers, though Reflex FPS replaces them with instant triggers that act with a single touch, similar to a mouse button.

You also have interchangeable analogs in Reflex, which allows you to exchange them for long, short, round and concave options. The front panel trim around these thumbsticks can also be removed if you prefer to change the colors.

In terms of colours, the Reflex line will be available in White, Grey, Black, Orange, Dark Blue and Red colours. Although only the black version will be available at launch, more colors will be released in the coming weeks and months.