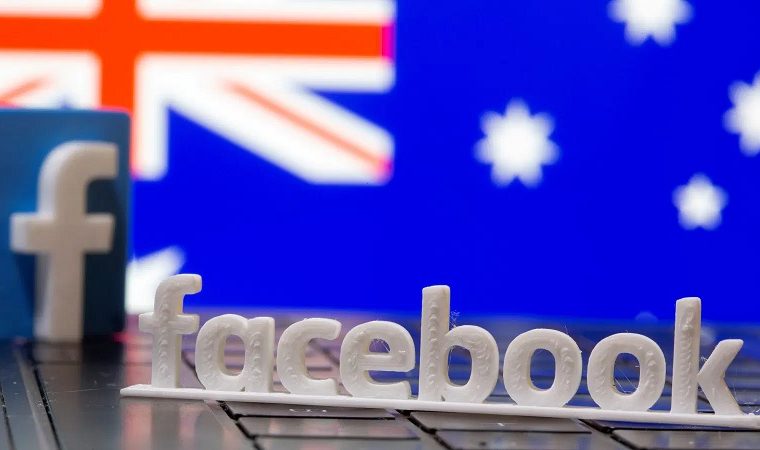 Recently, various information channels released a controversy involving Australia and the social network Facebook. In short, new Australian legislation seeks to allow online news broadcasters to share profits with journalists. But Facebook did not agree at first and even closed the platform in the country. However, it now appears to be available for negotiation.

In that sense, we asked readers about this confrontation and most of them are true for Australia.

After the previous week's question was over, the results have now been released by analyzing the results. 683 answers Received.

The results are clear and indicate With 84% of the vote, most readers believe the reason is Australia. (572 votes).

In return, only 16% of polling readers disagree with the new Australian law and support Facebook (111 votes).

For better visual perception, then follow the graph with the results: 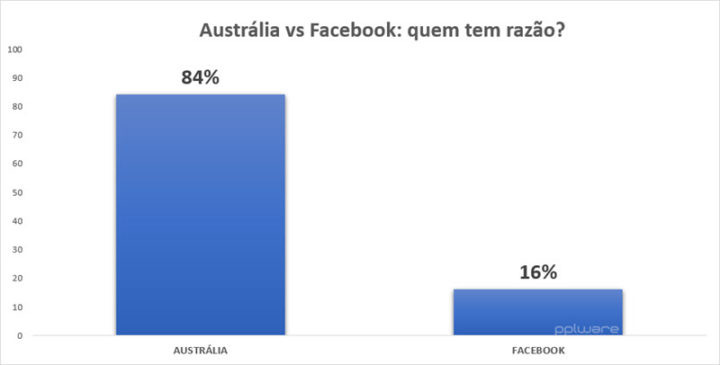 Recently there was a dispute between Australia and the popular social network Facebook. The reason was the new Australian law which seeks online news outlets to share profits with journalists.

But Facebook did not agree and said in a statement that it would not bow down to the demands of this new and controversial Australian law. As a result, it also blocked the platform in the country, prohibiting publishers and people in Australia from sharing or viewing Australian and international news content.

The blockade was later lifted, and Zuckerberg's social network would actually have to pay for the news content.

But if you have not answered our question, then tell us who is right for you in this dispute: Australia or Facebook?

Take part in our question this week

In this section, we ask a question about relevant, current and useful topics to find out the opinions and trends of our readers, especially in our country, in the world of technology.

So, if you want to see the topic polled on our weekly questions, leave a comment with it or send it to [email protected]