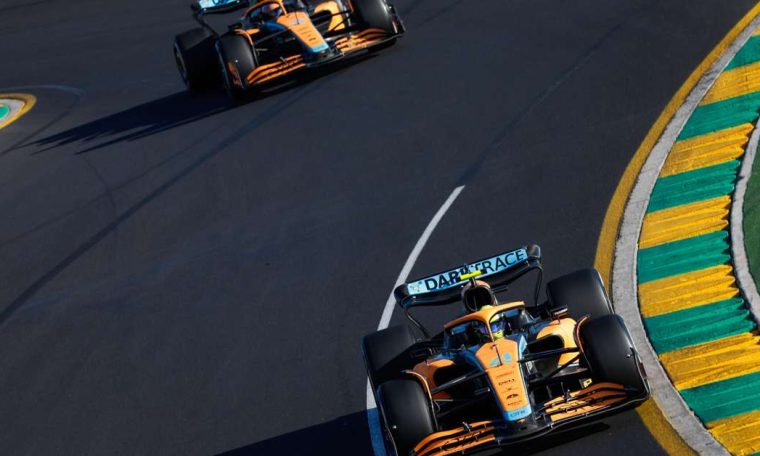 With fifth and sixth places in the Australian GP, ​​McLaren is starting to show signs of recovery in the 2022 Formula 1 season, after expected performances at the start of the year – particularly in Bahrain. Even with a good run in Melbourne, team driver Lando Norris tried to keep his feet on the ground, saying the Woking team planned to overtake Mercedes at Albert Park.

“The pace was worse than expected, honestly. We really wanted to fight the Mercedes more than we fought. Their pace was stronger than ours today. Maybe not as much as it seemed, because we had some problems that cost us time But even that’s not enough for us to compete,” Lando said.

Lando Norris in the cockpit of the MCL36, Australia (Photo: McLaren)

“They had a faster car than today. But I’m still happy, finishing fifth and sixth is a good result. I think it would have been worse if two Ferraris and two Red Bulls had finished ahead Others’ mistake and we scored well, so I’m happy with that.”

Soon after the race, the Briton put McLaren’s improvement on the “track and small steps” account. Now, Norris has returned to the same key and pessimistic approach to the season’s sequel.

“If we want to be on top more often then we need to work on our weaknesses. Not all tracks are going to have this kind of setup. I think that’s the best we can do for a while.” , and from now on we are going to the circuit which will be more difficult for us”, said the pilot.

“I don’t think we should be sad, we should be satisfied with the work we have done. But the Australian car is basically a Bahrain car, not much has changed.”