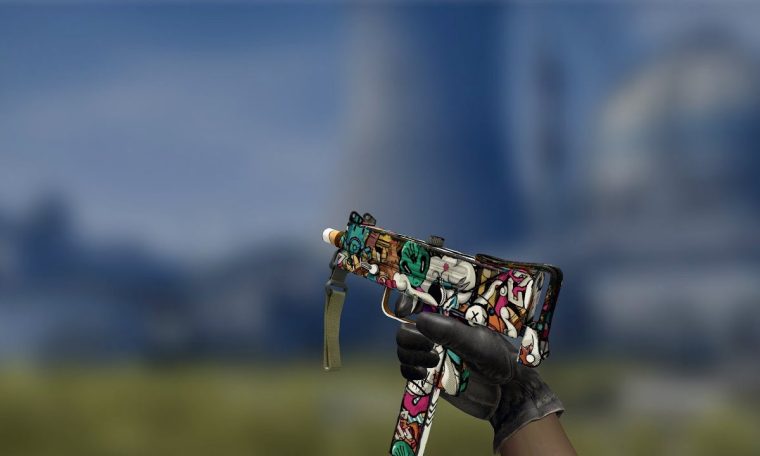 This machine pistol for CS:GO Terrorists does not boast a high rate of fire. However, some of the most beautiful skins for the MAC-10 cost less than $1! Here are five impressive options for 2022:

This affordable look for the CS:GO MAC 10 first appeared in September 2021 as part of the Operation Riptide Collection. The body of the weapon is covered in fun street art and features colorful characters (rabbits, aliens, and chickens) alongside grenades and bullets.

All conditions are available, but abrasions are visible even at the Factory New level. The paint gradually peels off as the float value rises. The lowest price for the Toybox is currently found on DMarket — just $1.45.

This Covert skin was released as part of the Chroma 2 collection in 2015. The receiver is covered with an image of a biker whose helmet looks like a monster’s head. Around it, there are different graphic elements painted in teal and pink. The magazine is covered with black dots on a violet and blue background. 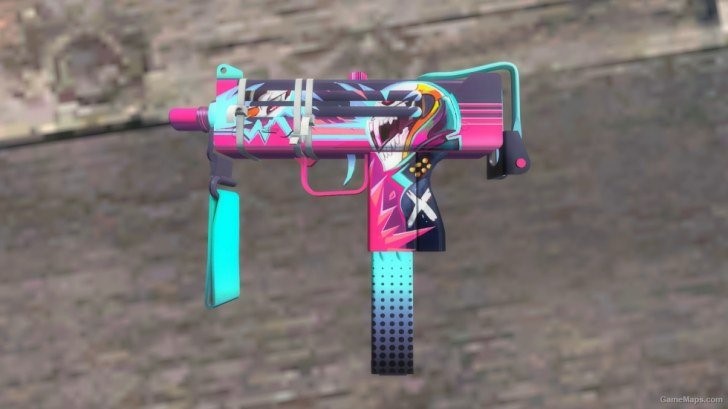 This skin is available in all conditions except Battle-Scarred. Abrasions do not appear until the Minimal Wear level, but they only cover the buttstock. You can save over 30% by purchasing the item on DMarket, where the lowest price is around $4.13.

This part of the Spectrum Collection was added to the CS:GO arsenal in 2017. The chromed receiver is covered with images of stones, leaves, and robots. The color palette includes teal, black, and terracotta. 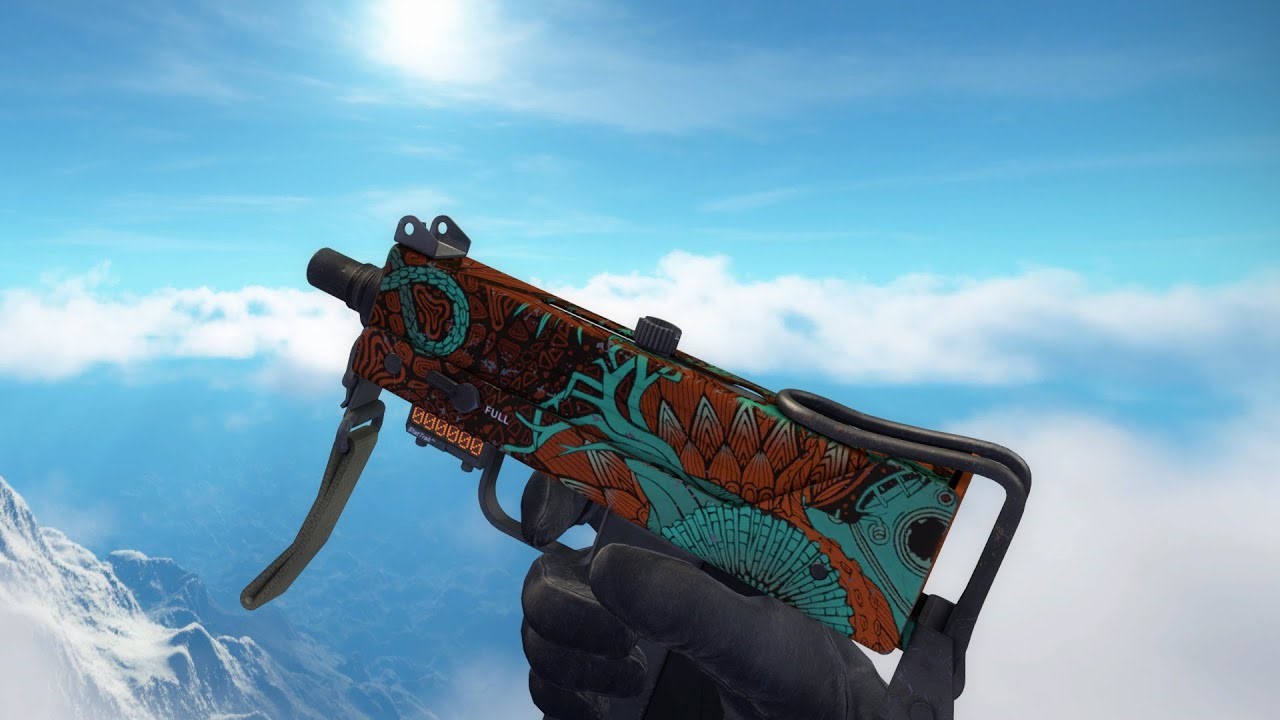 You can find this skin in all conditions. The unpainted parts of the firearm have slight abrasions even when the skin is brand new. Over time, the number of scratches increases. On DMarket, this skin is sold for a mere $0.34.

This skin was first released in 2015 as part of the Shadow Collection. The body of the weapon is painted dark gray. It features an image of an eye and ancient Egyptian ornaments in shades of beige. 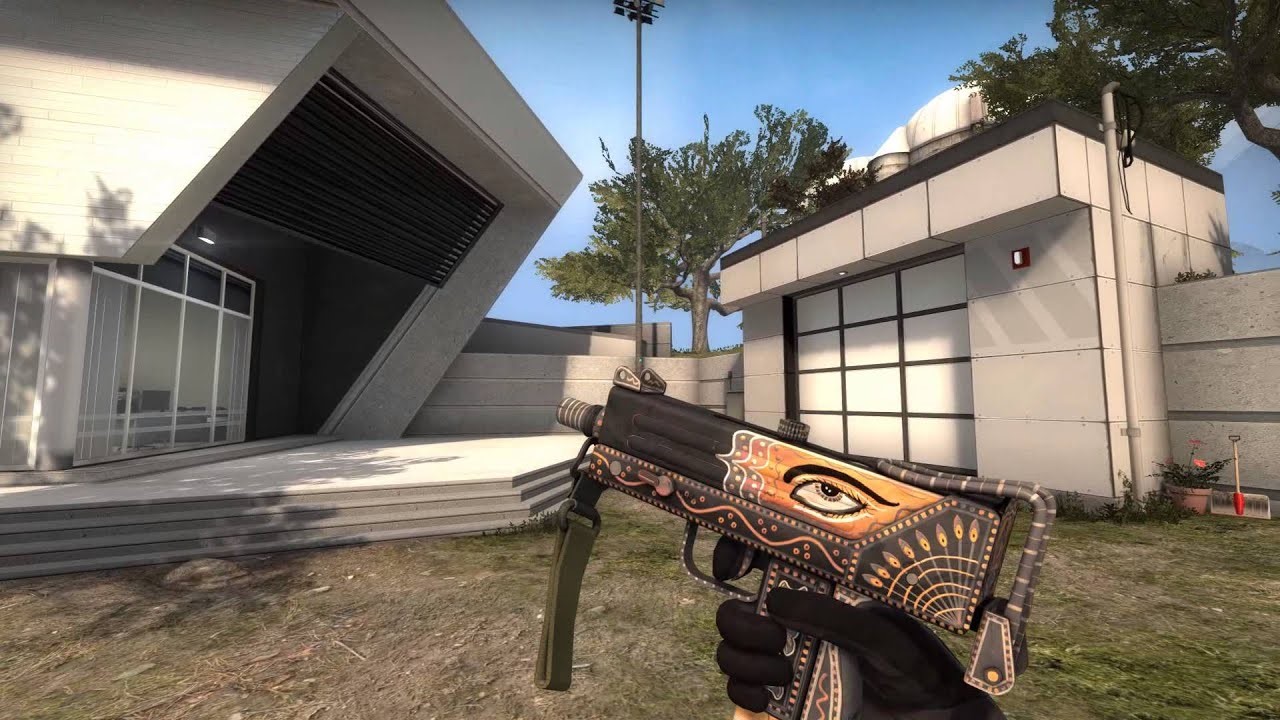 You can find this fascinating skin in all conditions. Minor abrasions are visible even when it is Factory New. Currently, the lowest price is found on DMarket. Despite its aesthetics, this skin is incredibly cheap — just $0.11.

This minimalist skin was added to the game in 2014 as part of the Bank Collection. Apart from the silver receiver, the weapon is unpainted. The skin is only available in two conditions — Factory New and Minimal Wear. Both have a similar number and size of abrasions. This skin is even cheaper than MAC-10 Rangeen — only $0.07 on DMarket. 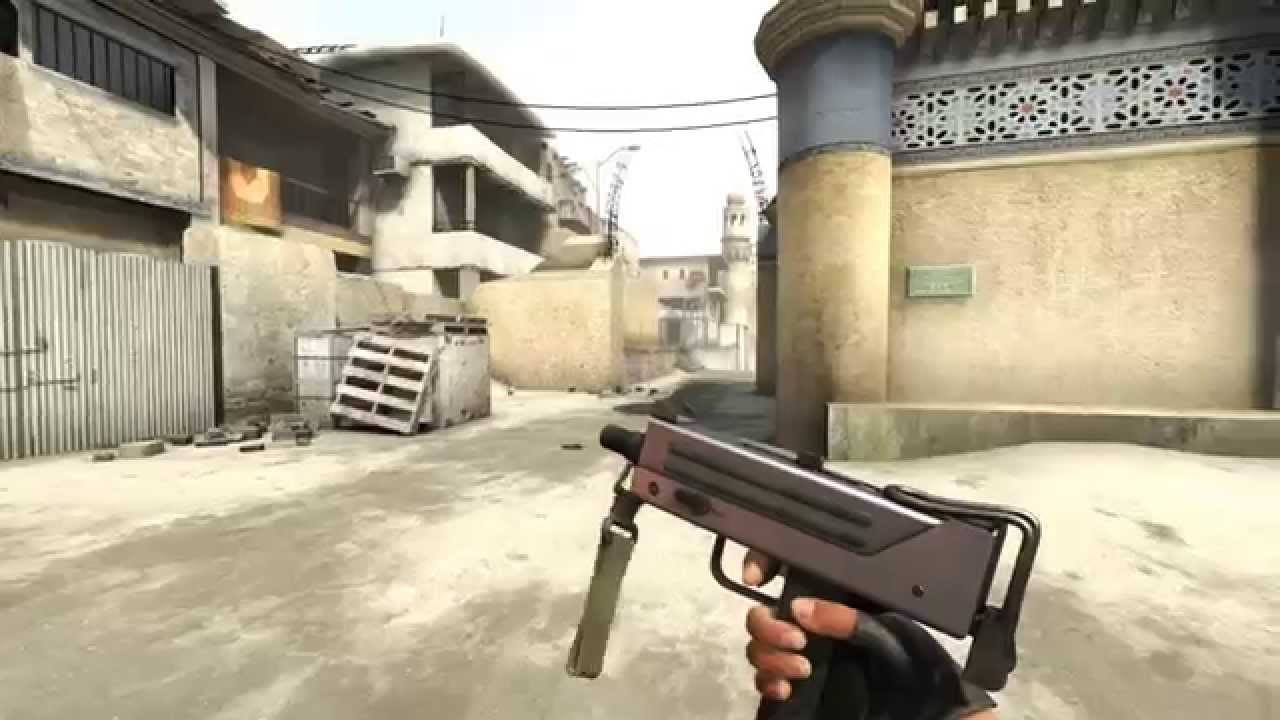 Despite its status as the official Valve marketplace, Steam does not offer the most competitive prices for the MAC-10. What’s more, it is a closed system. DMarket is a great alternative, as it is a large secure environment with impressive deals, withdrawal methods, and 24/7 support. You can get new looks for MAC-10 and 1+ million other skins using any desktop or mobile device.