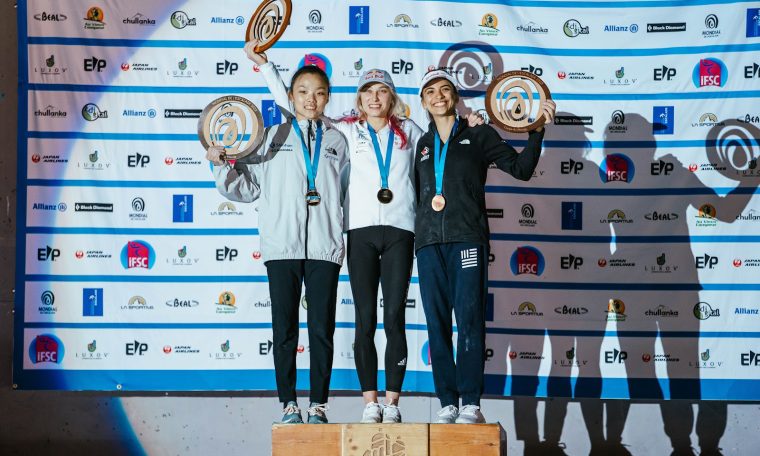 This Saturday (23) finished the stage at the Sport Climbing World Cup in Briançon, France. The event, which only included competitions in the lead modality, had the United States and Slovenia as the winners.

In the women’s competition, unstoppable Slovenian Janja Garnbreit won another World Cup title. She was always one of the best athletes during the classification stages for the finals of the event, which came from a victory in the final stage. In the final, the current Olympic champion reached 42+ points, being the only player to achieve it. South Korean Chehyun Seo was behind with a mark of 41+. In third place were two Americans, Natalia Grossman and Brooke Rabouteau, who rose to a score of 41. However, with better timing, the bronze medal went to Grossman.

In the men’s competition, victory went to the USA athlete Jesse Grupper, who had good results in the final stages of the World Cup. The American climber reached the 37 mark in the final stage of the classification, being the only person to reach that mark. Second place was a tie between three athletes on 35+ points, Taisei Homa from Japan, Alexander Megos from Germany and also Yannick Flohe from Germany. Better for Homa and Megos, who finished second and third respectively.