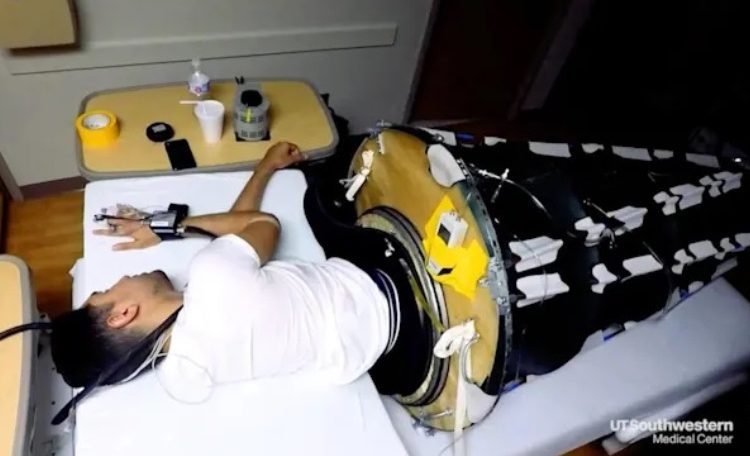 As you know, to be astronauts and cosmonauts must have excellent health, including vision. However, prolonged exposure to zero gravity often has negative effects on human vision. New sleeping bags developed by American scientists at the University of Texas Southwestern Medical Center will help fix that.

More than half of the astronauts who have been on the International Space Station for more than six months have experienced some degree of vision problems since returning to Earth. This tendency is due to the fact that, during sleep, the fluid moves towards the head. Under the conditions of our planet, due to gravity, when a person wakes up and wakes up fluid comes out of his head. This does not happen in zero gravity, so excess fluid can accumulate in the head. This leads to an increase in eye pressure and, in some cases, a deformity of the eyeball, which is the cause of visual loss.

To combat visual loss, scientists have partnered with outdoor equipment maker REI to create a special sleeping bag that fits snugly around the waist and covers the lower body. During the astronaut’s rest, a special air pumping mechanism is activated. Because of this, the fluid drains from the head and spreads evenly throughout the body. The new sleeping bag has already been tested with volunteers and the results have been positive. However, before using them in practice, a number of questions must be answered about the duration and frequency of use of such sleeping bags by astronauts on the ISS.