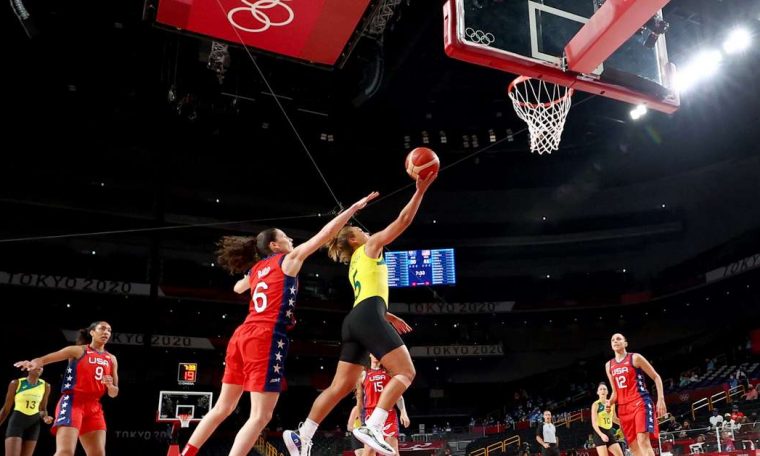 The US women’s basketball team is on its way to yet another Olympic gold medal. The United States reached the semi-finals of the competition in Tokyo this Wednesday with another emphatic victory.

The victim at the time was Australia, which was in contention at the Saitama Super Arena. The Americans dominated the confrontation the entire time and won 79–55.

In another game that ended in the quarter-finals of the Olympic Women’s Basketball Tournament, Serbia outperformed China and went on to win 77–70.

The United States has won the last six gold medals in women’s basketball at the Olympic Games. This winning streak started right in the Atlanta–1996 final against Brazil.

In the Japanese capital, the US team is seeking to make history as the first women’s team to win the championship seven times with seven consecutive titles at the Olympics. Champions in Atlanta–1996, Sydney–2000, Athens–2004, Beijing–2008, London–2012 and Rio–2016, the country defends a massive hegemony, which may now win an unprecedented chapter in the Olympic Games.

Women’s basketball has been staged at the Olympics since the Montreal–1976 Games. And since then, in only three editions, the title did not remain with the Americans, and the national team did not participate in the 1980 Moscow Olympics, due to the boycott of American athletes against the extinct Soviet Union. The North American team also reached the top of the podium in Los Angeles–1984 and Seoul–1988.