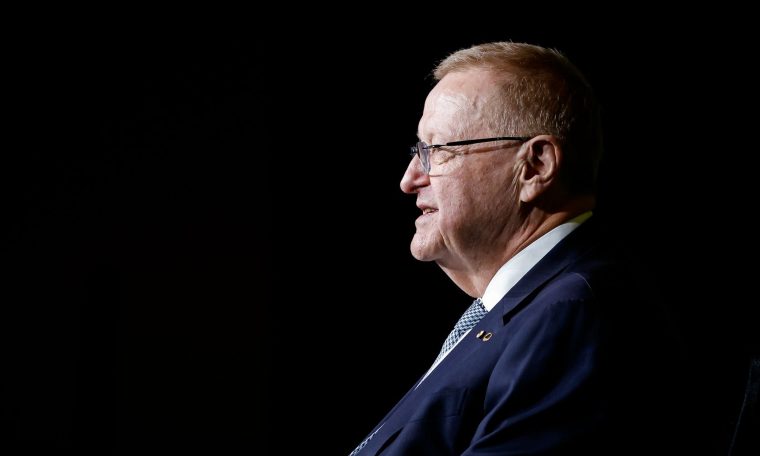 The statements were discovered in a two-hour interview, according to “The Guardian”, in which Coates revealed that he had paid two Olympic committees of African countries represented on the IOC panel in 1993 in exchange for their votes.

In addition to his current and former roles, Coates is the President of the Court of Arbitration for Sport. In 1999, Australians were cleared of any illegality in relation to the payment of vote guarantees in Sydney. Then, it was alleged that the Australian candidacy offered a “bribe” in exchange for support. Respondent’s representative stated that payment was not made directly to IOC members and criticized IOC’s guidelines for candidate cities. he was right.

John Coates later admitted that he had promised an additional $35,000 to members of the Kenyan and Ugandan Olympic Committees at a pre-election dinner in Monte Carlo. “I wasn’t going to die thinking why we didn’t win,” Coates said in 1999, “there was nothing “horrendous” about the deal.

“Obviously the Ugandan and Kenyan members were too nervous to deal with me as I was sitting at their table at a big feast the night before,” the Australian recalled. “I went to him and said, ‘Look, if you vote for us and we get elected, that’s $50,000. [números diferentes dos 35 mil reportados] For each of your National Olympic Committees, 10 [mil] One year over the next five years, tell them it’s to be spent on sporting matters,” Coates said in the now-discovered recording.

See also  How lengthy is he out and who's changing him?

In the same interview, the current IOC vice president can be heard saying that “everything was audited”. “Then one of those members apparently directed $10,000 into their bank account and it was all investigated and it looks like we bought the games. Well, quite a bit, we did,” Coates is heard saying according to The Guardian.

In 2004, the BBC’s “Panorama” program re-examined the matter. Then the Australian said: “No payment was made, letters were distributed from two African countries with commitments to the Olympic Committees.”

John Coates was recently in the news for writing a self-recommendatory letter to the organizing committee of the Brisbane 2032 Olympic Games. In the document, Coates wrote: “It’s hard to think of anyone more qualified in the sporting world.” The letter was to be signed by the vice-chairman of the Australian Olympic Committee. The Guardian says the letter was viewed as a draft and duly edited by the signatory before being sent.