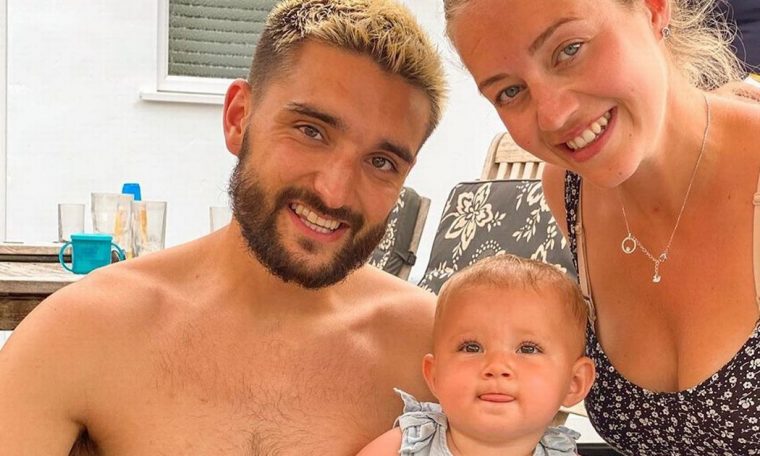 Tom Parker’s wife, Kelsey, revealed that after being diagnosed with a brain tumor, she “forgot she was pregnant” because she focused on helping The Wanted Star.

The two-year-old mother, who welcomed her son Bodhi in October, was 35 weeks pregnant when Tom was discovered earlier this year.

“I feel very bad for Bodhi because I forgot that I am pregnant,” she said on Friday.

“35 weeks pregnant, I had this shock but I kept going every day like, ‘How do I get Tom out of this? How do we get to the next level?’

Kelsey spoke about how she has been positive during the difficult times for her children and Tom and their families.

She said, “I’m a very positive person, and I wonder what’s hard to eat in this situation, because people are looking at it like, ‘How is she getting out of bed in the morning?’

“But that’s the only way to get through it.

“I’ve done a lot of work with kids and about bullying and I say it’s a positive energy will, and I think that’s the only way to get me through it.”

Tom reveals his story in an OK! Magazine interview, and Kelsey said going public was the best thing they could do.

“As a family, it was really a process of going out in public,” she said.

“I wanted to be public from day to day. I am a truly open, honest person.

“I think the shared problem is half the problem and the amount of support and the people who have reached out to us say it all.

Despite the bad news, the family received the gift of a new baby when the little Buddhist was born.

Kelsey explained: “Buddhism means knowledge and I think with this situation, hopefully it will become a light at the end of our tunnel.”

Oose Women broadcasts on ITV on weekdays at 12.30 pm