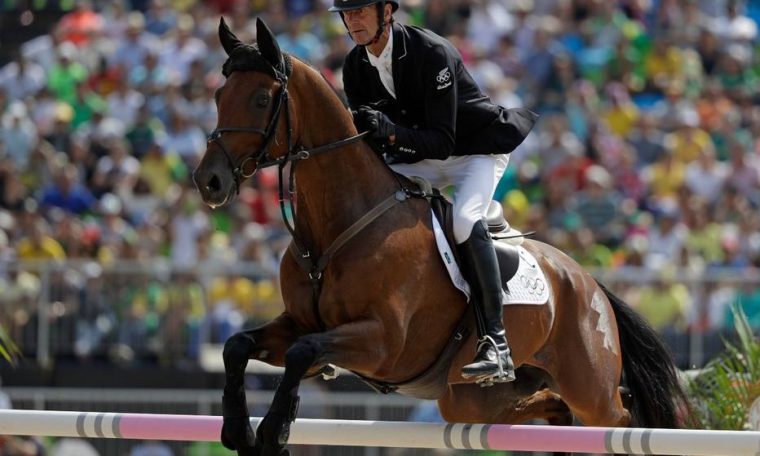 two time olympic champion emerging in, Mark Todd was suspended by British Racing Horse Authority (BHA) A video surfaced of him hitting a horse with a branch during cross-country training in the UK. The 65-year-old New Zealander, who now trains horse racing, was seen attacking the animal several times as he tried to persuade it to jump into the water.

The chairman of British Racing’s independent judicial panel has today approved a request by the BHA that a temporary suspension should be imposed on the training license of Sir Mark Todd, after a video emerged over the weekend of him beating a horse. has been shown which appears to be a branch,” the unit said in a statement on Wednesday.

The temporary suspension means Todd, who trains in Wiltshire, UK, will not be able to race horses on British soil and internationally until an investigation into the circumstances of the incident is closed.

This is absolutely disgusting on the part of Sir Mark Todd.

This is not the behavior of someone knighted for the services of Equestrian Sport pic.twitter.com/fRIa5D27cy — Andrew Gourdie (@AndrewGourdie) 12 February 2022

Todd – who is named Sir for his achievements in the sport – won individual gold medals at the Los Angeles and Seoul Olympics and also won a bronze medal in the team event at the London 2012 Games.

“I sincerely apologize to the horse and everyone involved for my actions in this video. One of the main things I preach is to establish mutual respect between horse and rider, and that patience and kindness The best way to achieve results. One of the main qualities, with a great sympathy with animals, that allowed me to build a long and successful career in horse riding. I myself for not following it in this matter I am very disappointed.”