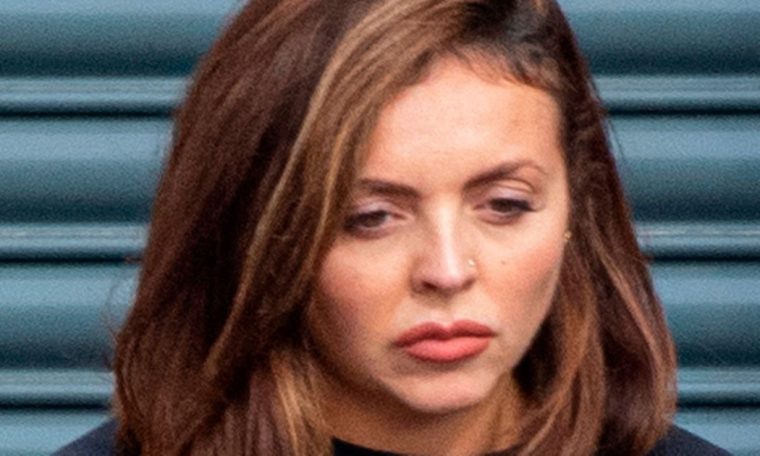 The stars of Little Mix looked decidedly glum as they scowled their way out of rehearsals yesterday on their first day back working together in months.

Jesy Nelson, Jade Thirlwall and Leigh Anne Pinnock emerged from the London studio looking worlds away from the usual displays of closeness fans of the band are used to seeing.

While an absent Perrie Edwards is said to have walked out 15 minutes earlier.

At one point a disgruntled-looking Jesy had words with Jade before deciding to isolate herself on a concrete bollard.

The trio then continued to wait for their separate cars in silence.

Giving her say on the snaps, body language expert Judi James has revealed how Jesy appears to be particularly displeased over something that went down in the studio.

Judi also noted that the band, who have been together since 2011, failed to say any goodbye to each other as they headed off in their different directions.

Judi said: “It’s ironic that the one looking the most cheerful and smiley here is Jade, who is also the only one of the Little Mix trio wearing a face mask. Her eye-expression and her overall posture suggest she’s feeling reasonably upbeat even though she seems to be walking away from a very dour-looking Leigh Anne.

“It’s Jade who Jesy appears to be offloading to, with her raised upper lip that bares her upper row of teeth as she speaks to her bandmate forming what appears to be a partial snarl ritual that suggests strong emotion or displeasure at this moment.

“The hand she’s gesticulating with echoes that emotional display, with the hand raised with the thumb erect while the fingers point downward to add emphasis to her words.

“The way Jesy sits alone with her eyes cast down and a reflective, unhappy eye expression and her matching pout hints that either her car was late picking her up, or that she’s suddenly grown allergic to camera attention, or that she’s troubled by something that went on in the studio.

“It’s Leigh Anne who’s sporting the deep frown though, with the pulled-down corners of her mouth implying she’s not in happy, buoyant mode either.

“Social distancing will clearly be an issue for the girls but there’s no sign here of compensatory rituals like mimed hugs or blowing kisses,” added Judi.