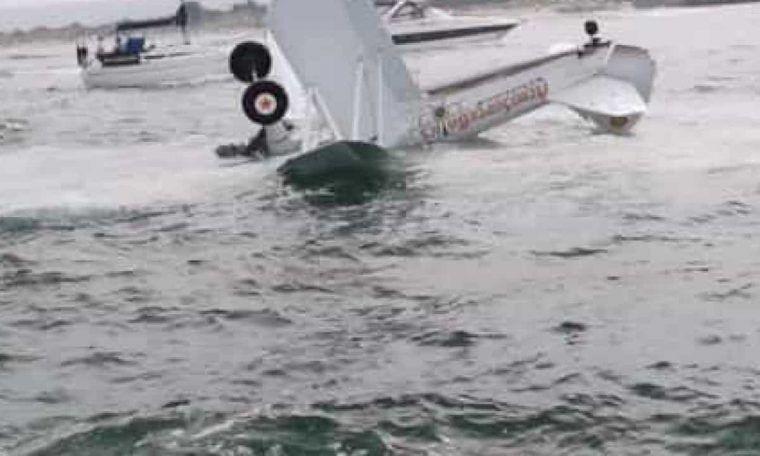 hey The Bournemouth Air Festival in the United Kingdom was suspended this Saturday after a plane taking part in the air show in the port of Poole crashed into the water.

According to local police quoted by Sky News, there were no casualties after the incident, only the two people on board suffered minor injuries.

The moment of the plane crash was captured by a video surveillance camera on the site and the images have already been posted on social networks.

In the video, the plane can be seen hitting the water at high speed. See picture in gallery above.

“We received an alert at 3:50 pm on Saturday that a small plane had crashed into the water in the port of Poole. Two occupants were rescued and had only minor injuries, they were assisted by an ambulance was activated for the location,” elaborated the police.

The police force also said that the investigation into the incident was already underway and asked people to avoid going to the spot.