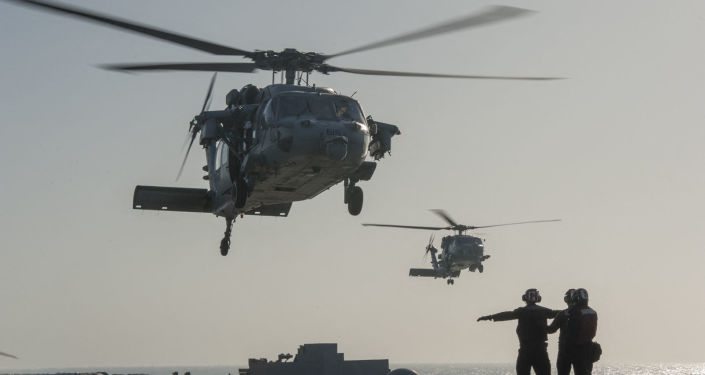 The Pentagon said the sale of the helicopters would support US foreign policy and national security objectives and would not alter the balance of power in the region.

The US State Department has approved the sale of 12 Lockheed Martin MH-60R Seahawk naval combat helicopters to Australia along with related equipment and services. informed Pentagon on Friday (7).

According to the military, Canberra’s request was approved earlier. The total estimated value of the purchase is US$985 million (R$5.4 billion).

“The proposed sale will support US foreign policy and national security objectives. Australia is one of our most important allies in the Western Pacific. The strategic location of this political and economic power makes a significant contribution to ensuring peace and stability in the region.” , as per the statement.

The US military characterized the development of Australia’s defensive capability as a “vital interest” to Washington. It was reported that the potential sale “would not change the basic military balance of the region.”

The Australian Navy already has 24 of these helicopters. According to An Australian defense magazine.

Developed in the 1990s, the MH-60R helicopter is an updated version of the Sikorsky SH-60 model, which made its first flight in 1974.

The aircraft can operate from frigates, destroyers, cruisers and aircraft carriers and is a multi-mission machine, suitable for anti-submarine and anti-surface warfare as well as search, command and control tasks. Second producer.